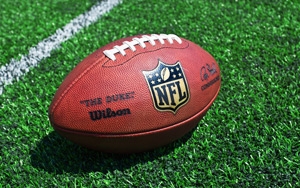 Marketers spending an average of $5 million for a 30-second Super Bowl spot will be relieved to hear that ads are still vital to the big game viewing experience, according to a survey.

In a change from last year’s Super Bowl survey, there was an increase from 48% to 53% of viewers saying they’d be disappointed if the Super Bowl were broadcast commercialfree, according to a national survey commissioned by Burson-Marsteller's Fan Experience sports and entertainment specialty group, and fielded by research consultancy Penn Schoen Berland to analyze viewers' attitudes toward professional football, the Super Bowl and the halftime show.

More than 66% of respondents say they are more favorable toward brands with a good commercial vs. one who sponsors the Super Bowl.

Sixty percent of all viewers and 87% of constant social media users say they’re interested in the additional content that brands provide on social media in addition to their Super Bowl TV commercials.

Caring for communities drives brand affinity, according to 82% of viewers, and 89% of Millennials, who say it is important for brands to demonstrate how they are giving back to their community in their Super Bowl commercials or marketing campaign.

Furthermore, 78% of viewers, and 86% of Millennials, say it is important for brands to demonstrate environmental consciousness in their Super Bowl commercials or marketing campaign.

The findings are based on a survey conducted from Jan. 18-21. The survey measures the perceptions and behaviors of Super Bowl viewers, and was conducted online among a national sample of N=1000 people who plan to watch the Super Bowl this year and who watched the Super Bowl last year.