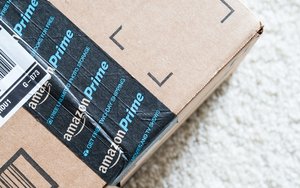 Amazon on Thursday reported better-than-expected earnings per share -- of $1.54 -- for the fourth quarter. Struggling to meet high investor expectations, however, the ecommerce giant missed revenue estimates.

“Our Prime team’s customer obsession kept them busy in 2016,” Bezos said in an earnings statement. “Tens of millions of new paid members joined the program in just this past year.”

Prime members can now choose from around 50 million products with free two-day shipping -- which is up 73% since 2015, by Bezos’ estimate.

Continuing its global expansion, Prime Video is now available in more than 200 countries and territories.

In addition, Prime Now -- which promises one- and two-hour delivery times -- added 18 new cities during the period.

This past quarter, Amazon continued to expand its original content efforts, while Amazon Studios was nominated for seven Academy Awards, including Best Picture (“Manchester by the Sea”), Best Director (Kenneth Lonergan), and Best Foreign Language Film (“The Salesman”).

Alexa-enabled devices were the top-selling products across all categories on Amazon.com this holiday season. Customers purchased and gifted a record-setting number of devices from the Amazon Echo family with sales up over 900% compared to last holiday season.

Amazon Music Unlimited expanded to Austria, Germany and the U.K. with more than 40 million songs, curated playlists, and personalized stations.

Over the next 18 months, Amazon plans to create more than 100,000 new, full-time, full-benefit jobs across a range of experience, education and skill levels.