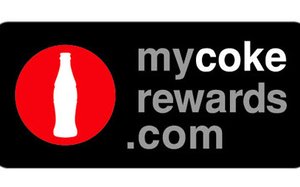 While Coca-Cola easily remains one of the world’s strongest and most-loved brands, it’s no secret that it’s scrambling to respond to sales erosion resulting from growing consumer rejection of regular and even diet carbonated sodas.

That aside, The Coca-Cola Company’s announcement that it will replace its My Coke Rewards program — the world’s largest rewards program — and cease redeeming all earned points as of July 1 would pose some risk even under ideal circumstances, according to loyalty program experts.

Clearly, the bet is that its new offering will be so winning as to make up for temporary disgruntlement and possible brand defection among some participants and attract large numbers of new participants.

The company has explained that points unredeemed by July 1 will be donated to charity, but it’s being close-mouthed about the specifics of the new program that will relaunch as Coke.com.

Information about the shift on the MyCokeRewards.com site explains the key dates (including that March 22 will be the last date to enter codes for points) and promises that “getting rewarded with your codes will be easier, “more fun, more convenient and more personalized.” It also confirms that while product codes found under the caps of participating Coca-Cola brands’ bottles will still be needed, “you’ll no longer need to collect points; instead, your product codes will be used to get ‘instantly rewarding’ from your favorite Coca-Cola brands.”

As Bloomberg noted in breaking the news, participating in the current rewards program still requires inputting the codes on the rewards site.

While driving participation by providing the single-swipe mobile phone transaction capability now expected by mobile-first consumers, and gathering more in-depth data, would logically seem key motivators for the program overhaul, Coca-Cola would not confirm that the codes will be scannable in the new program. The company said only that it will be introducing new digital engagement platforms later in 2017, and that it would remain possible to key codes in on the new site.

Even when Coca-Cola introduced a My Coke Rewards app, code keying was still required, and users rejected a revamp last year that tried to introduce rewards tiers based on the frequency of social sharing of Coca-Cola-branded information.

How big a risk is this move for a behemoth like Coca-Cola?

Barry Kirk, VP of loyalty for Maritz Motivation Solutions, which creates and consults on loyalty programs for companies and brands, points out that this isn’t just a change — the company is actually taking something away from consumers by expiring the points they’re used to exchanging for gift cards to retailers including Walmart and Amazon, free beverages and entries into sweeps with trips and other big prizes. (Southwest Airlines, Hilton, Disney Parks and AMC are listed as partners on the My Coke Rewards site.)

“Taking something away is a recipe for activating consumers’ ‘drive to defend,’” he stresses.

Furthermore, Coca-Cola’s timeline for this cage-rattling move is very short: “Normally, you’d want to give the consumer a much longer period to adjust,” says Kirk.

“Coke has cult loyalty, so they’ll weather the backlash, but they could recover faster by announcing the replacement program sooner than later,” he adds. Also, although donating the unredeemed My Coke Rewards points to charity is a good move, it raises the question of whether consumers will have any choice or say in which charities receive the points, he notes.

The potential for damage to brands and their companies was demonstrated very recently by the fallout from the attempted phase-out of Air Miles Canada’s rewards points program, Kirk points out.

In that case, according to media reports, the company announced in 2011 that points earned would expire after five years and that all points earned through the program through the end of 2011 would expire on December 31, 2016. Despite the lengthy advance notification, a consumer backlash and accusations that the company was trying to discourage redemptions ensued as the deadline drew near.

Air Miles and its parent company, LoyaltyOne, reversed itself on the points expiration just days before Ontario lawmakers were to consider a bill that would have made expiry of earned rewards illegal. Participants’ anger at the retailers that were partners with the rewards program was a key contributor to the decision, reported The Toronto Star.

LoyaltyOne, in a filing with the U.S. Securities and Exchange Commission, said that it expected a one-time charge that would reduce its revenue for the year by $180 million to $250 million, according to The Globe and Mail.