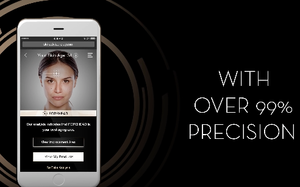 While digital pioneer Sephora may get most of the brand buzz for its high-tech beauty offerings, other brands are trying to catch up. Olay Skin is expanding its artificial intelligence-driven skincare app, the Olay Skin Advisor, which uses a selfie to diagnose women’s most troublesome skin problems. And Paris-based Make Up For Ever has just opened a New York flagship, complete with a digital lash bar and new interactive make-up lessons.

Olay, owned by Procter & Gamble and still the industry powerhouse, says the global launch of the app simplifies shopping. Based on the insight that as many as one-third of women are overwhelmed by the products they see on shelves and unable to pinpoint what they want, “we saw an opportunity to help women understand their skin better than ever, before they even step foot in the store,” company executives say in its announcement. The Olay Skin Advisor uses a photograph and AI to “deliver a smart skin analysis and personalized product recommendation, taking the mystery out of shopping for skincare products.”

The app has been in beta since late last year and has already collected 1 million visits, and the company says it intends to roll out the new version by mid-March. Its pixel-tagging capabilities are now based on hundreds of thousands of photographs of women, pinpointing the precise areas that hold her back “from looking ten years younger.”

Other beauty brands, including Cover Girl and Benefit, with its Brow Genie, also have AI apps. And fast-growing Ulta has also had success with its Glam Lab app, which lets customers experiment with new products via uploaded selfies. But while apps like Olay’s may let women experiment outside stores, digital delights are becoming increasingly in demand in beauty retail locations, too.

Make Up For Ever just opened its newest store in New York, a global flagship that showcases its new Go Pro Makeup tutorials. The in-person sessions can include up to seven people at a time in lessons like bronzing how-tos, perfecting brows or putting on makeup that looks like no makeup. Taught by live pros, the interactive sessions feature a conveyer belt, delivering new tutorials as they sit in comfy chairs and recharge their devices.