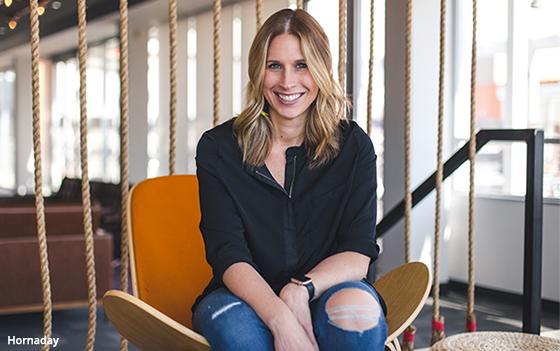 Kansas City, Missouri-based agency Barkley has elevated Katy Hornaday to the post of Executive Creative Director. She’s been with the agency for five years leading creative work for brands such as Hershey, Anheuser-Busch and Vanity Fair.

Before joining Barkley, Hornaday was a senior copywriter at Crispin, Porter + Bogusky, working on brands such as Old Navy and Baby Carrots, before moving to Mullen in Boston, where she was Associate Creative Director for Zappos and JetBlue.

Jeff King, Barkley CEO said Hornaday “is a great listener, a skilled collaborator and she is one of the most natural and gifted leaders I've met in the business.”

Separately, the agency has tapped Paul Corrigan to run its Blacktop design unit as Executive Design Director, overseeing the agency’s brand and experience design efforts. Corrigan has been with Barkley since 2004 and earlier held titles including VP/Interactive Creative Director and Design Director.

He replaces Shawn Polowniak, who is departing Barkley.