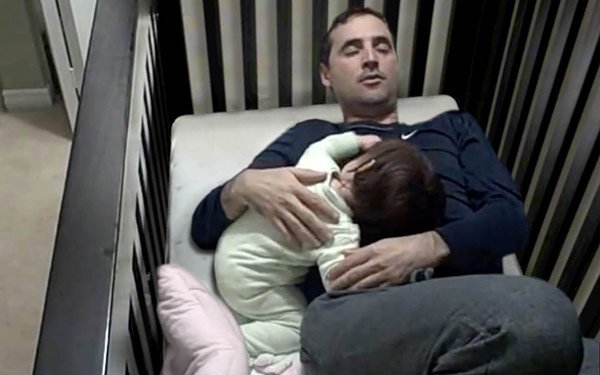 Dignity Health is introducing a new campaign to reflect today's fathers, who are embracing a more nurturing role, one traditionally held by mothers.

Developed with Eleven and Allison+Partners, the concept is driven by research that finds a vast majority (81%) of fathers agree that being a father is the most important role in their life. In fact, 61% of fathers have left or changed jobs to spend more time with their children.

However, the research also found that dads looking after their kids are frequently perceived as mere “baby sitters” who aren’t fulfilling a real child-rearing role. Nearly one-half of fathers (45%) said when watching their own children, others characterized it as “baby sitting.”

More than a third of those fathers (38%) found that characterization offensive.

The campaign is designed to address such misperceptions. "We all hold the power to heal through kindness – both mom and dads, alike," says Mark Viden, VP brand marketing, Dignity Health.

The creative shows real-life footage of a father consoling his young daughter in a sweet, unexpected way.

Although Father's Day would have been a natural fit to introduce this spot, Dignity Health specifically decided against aligning with that holiday. "Father’s Day recognizes dads on one particular day, but parenting is a full-time job, 365 days a year," says Viden. "We did not want to dilute this moment in time just by tying it to a single day."