For A Spectrum Cable Customer, Company's 'New Day' Is Elusive 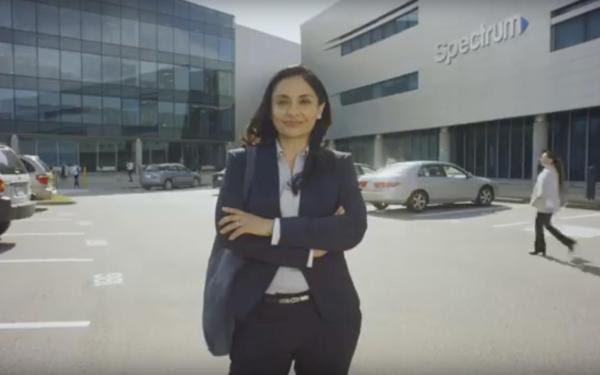 Here in New York, the commercials for Spectrum cable have become a ubiquitous part of the local TV experience.

The company’s commercials are right up there with a handful of other companies’ campaigns that are conspicuous for their relentless use of local television -- most notably, the competing furniture retailers Raymour & Flanigan and Bob’s Discount Furniture.

For months, Spectrum’s commercials have been inescapable. They seem to be aimed at building image- and brand-awareness for this new cable/Internet/phone company that was formed last year from the merger of Time Warner Cable, Charter Communications and Bright House Networks. It is a large company with an estimated 25 million customers in 41 states, according to news stories about the merger.

Among those millions of customers are at least a few million households in New York City, including our own.

Here at the micro level, we have been impacted by this merger in the following ways, as far as I can determine. First, we seem to have lost a couple of cable channels that I could have sworn we used to have, including Viceland, DIY and some others. I'm pretty sure we had DIY. It’s possible we never had Viceland. Who keeps track of such things?

So now, when we graze down the lineup in the mid-100s or thereabouts (between channels 101-199), we encounter black holes we had never seen before.

To my knowledge, no effort was made to inform us that some networks would be dropped from our plan. Or maybe there was an effort, but it was buried in the monthly bill envelope on the printed material that one always throws away instantly without reading. Not surprisingly, the price we pay has remained the same.

And second, while the company name on the monthly envelope has changed to Spectrum, we are still making out our checks to Time Warner Cable, pending instructions to do otherwise on a future bill.

That’s about the size of it. And yet, the commercials for Spectrum keep telling me that some sort of new day has dawned, now that Time Warner has become Spectrum. “It’s a new day, the start of something big …,” says some of the copy on these commercials.

That may be true in the fantasy land depicted in the commercials (the screen grab above, showing a happy Spectrum employee in a company parking lot, was made from one of them).

As you might expect, the commercials show happy Spectrum repair personnel arriving at customers’ homes on time and with smiles on their faces. The commercials also show families and individuals enjoying various multimedia, multi-device experiences in their homes, thanks to Spectrum.

Meanwhile, here in the real world, it’s just TV, telephones and Internet service to us. These services are part of our lives, but they are not the biggest part, nor the most important.

Sometimes these services work well, and at other times they do not work as well as we think they should. That is business as usual. In short, no new day has dawned around here.

In fact, the promises made by Spectrum -- concerning, among other things, Internet speeds -- have come under fire. In February, the New York State attorney general’s office filed suit against Spectrum/Time Warner “for allegedly conducting a deliberate scheme to defraud and mislead New Yorkers by promising Internet service that they knew they could not deliver.” You can read all about it here.

The fact that these promises cannot be fulfilled should surprise no one. Because deep down, who among us believes commercials such as the ones Spectrum has been airing?

They remind me of so many other commercials you see routinely but don’t really think deeply about. These include the ones that are common to the banking and investing industry, in which couples in their 30s or 40s are seen meeting in a pleasant office, conference room or lounge somewhere with a financial planner.

In what universe do these meetings actually take place? And how does one make these appointments? Maybe they are possible. But for most of us, this effort would begin with a first-contact via an 800-number. And we all know how those things usually go, right?

Please do not construe this TV Blog as a complaint about Spectrum, although it would be nice if the company’s commercials bore a passing resemblance to real life. Commercials can be like that, I suppose -- showing us how life could be, if it weren’t for the inconvenient intrusion of reality.