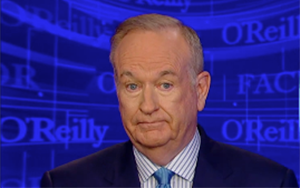 “At this time, the ad buys of those clients have been re-expressed into other FNC programs,” said Paul Rittenberg, EVP of advertising sales, Fox News Channel, in a statement.

He added: “We value our partners and are working with them to address their current concerns about 'The O’Reilly Factor.'" The network did not elaborate.

Advertisers made moves to leave the show following a recent story in The New York Times that five women had received payments totaling some $13 million from host Bill O’Reilly or Fox News’ parent 21st Century Fox to not pursue sexual harassment allegations.

The Fox News Channel tallied $1.2 billion in national TV revenues during the April 2015 to April 2016 period, according to iSpot.tv.

Still, the highest-rated show on the channel with around 3.5 million viewers, “The O’Reilly Factor” pulled in $144 million in national TV advertising during that period.