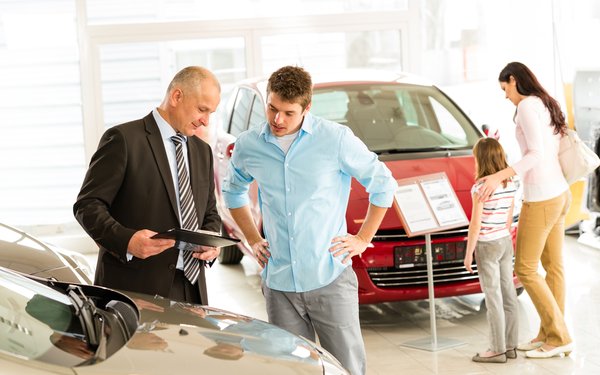 While 92% of 16- to 24-year-olds either already own a car or plan to buy one, less than one in four currently see themselves buying an autonomous vehicle, according to Ketchum.

In what may be a reality check for the automotive and technology industries, the upcoming generation of car buyers is more worried than excited about the concept of self-driving cars, with concerns about safety, viruses, hacks or other malfunctions topping the list. They share a passion for physically being in control behind the wheel, associating driving with independence, freedom and fun.

Furthermore, 39% are worried about self-driving technology, while 29% say they are excited; in fact, more respondents (35%) are excited about flying cars. Only 23% of those who have or are planning to get a driver’s license say they can see themselves buying a self-driving vehicle (30% of males vs. 18% of females) Only 25% think driverless cars will make the roads safer; 43% are concerned that self-driving cars could get hacked.

Just 18% think their next vehicle is more likely to be made by a technology company than a traditional car maker. When shopping for a vehicle, price (75%) and safety (74%) are at the top of the list.

Ketchum Global Research & Analytics surveyed nearly 1,000 16- to 24-year-olds about the future of transportation, including self-driving cars and ride sharing. The Next-Gen Guide to the Connected Ride focused on a subset of two generations that includes only the youngest Millennials (ages 20 to 24 at the time surveyed) and the oldest in Gen Z (ages 16 to 19 at the time surveyed), this narrowly defined “GenZennial” microgeneration shares many firsts, from getting their driver’s license to buying their first car.

The report aims to help marketers and technologists better understand, design products for, and communicate with the estimated 39 million GenZennials in the U.S. and identifies four distinct customer segments, from the most traditional to the most futuristic.

This microgeneration has grown up steeped in technology, so you might expect them to be ahead of the curve in terms of their readiness to embrace the future of transportation, said Lisa Sullivan, executive vice president and director of Ketchum’s North American Technology Practice.

“While the data exposes some hesitation, it also helps us identify and understand significant variances, even within this microgeneration,” Sullivan says in a release. “The results provide some clear signposts to both the automotive and technology industries in how to appeal to the upcoming car buyer.”

The emerging technology drawing the most interest is alternative forms of fuel/energy (43%), followed by augmented reality and heads-up display on the windshield (28%), gesture controls (26%), artificial intelligence personalizing the driving experience (25%), and mobile payment options in the dashboard (24%). GenZennials are three times more likely to choose an environmentally friendly car over a fast one (74% vs. 26%)

Ketchum conducted a nationally representative online survey of 999 16- to 24-year-olds in the United States from Dec. 5 to Dec. 19. The margin of error is +/- 3%. Online survey data collection was handled by Ipsos Observer.  Additionally, Ketchum conducted online bulletin board focus groups with 14 participants ages 18 to 24 in the United States from Feb. 2 to Feb. 16. Online bulletin board data collection was handled by itracks.