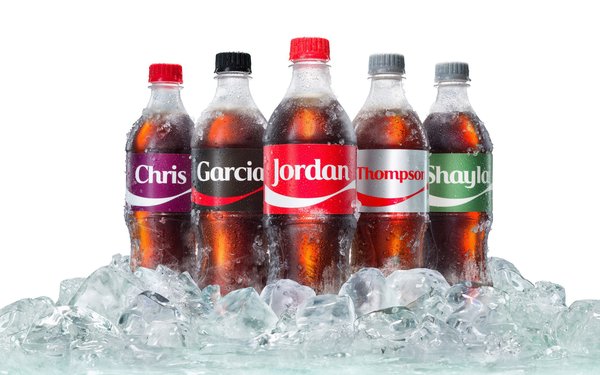 For the fourth summer of its highly successful “Share A Coke” program, Coca-Cola is featuring last names on some of the “personalized” bottles.

Nearly 200 of the most common last names in the U.S. — including Smith, Thompson and Garcia — will join an expanded roster of first names popular among Coke’s teen and Millennials target audience, for a total of 1,050 different name options. The last names are designed to drive volume sales for family occasions like summer parties and reunions.

When it debuted in the U.S. in 2014, the program included just 250 first names popular among teens and young adults.

“We know how much people love finding their names on Coca-Cola bottles, so this year we brought back names and added more names than ever,” said Evan Holod, Coca-Cola brand director, Coca-Cola North America.

Coca-Cola is also extending the promotion to 20-ounce plastic bottles of Coca-Cola Life and Cherry Coke for the first time in the U.S., where they join name-bearing bottles of Coke, Diet Coke and Coke Zero.

In another differentiation move that also serves to underscore the summer refreshment angle, the brand is calling this year’s promotion “Share an Ice Cold Coke.”

Starting in May, the program will be supported by video creative to run on television and in cinemas, as well as social and digital advertising. The campaign, from lead agency Fitzco McCann, also includes radio, outdoor and a 17-state tour during which reps will customize mini-cans of Coke and Coke Zero.

The company will also continue to offer limited-edition packaging with a patriotic theme that includes the badge of the United Service Organizations, to publicize Coca-Cola’s support of it.

“Share A Coke,” introduced originally in Australia in 2011, now spans more than 100 countries, according to the company.