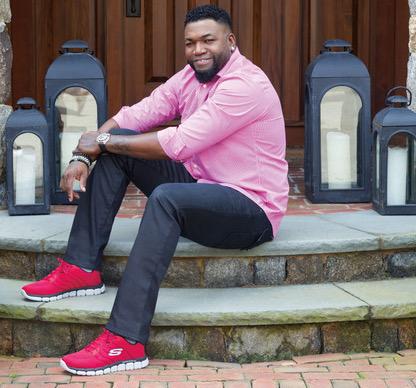 Baseball great David Ortiz is stepping up to the plate for a new fall campaign for Skechers, the latest athlete to bat for the brand’s comfy-shoe promise. The announcement comes just after the company announced record sales, even at a time when many athletic shoe brands are hurting.

The Manhattan Beach, Calif.-based Skechers says Ortiz, who retired last year after a legendary career with the Boston Red Sox, is scheduled to appear in all forms of media, and a company spokesperson tells Marketing Daily the ads are being created in-house. Skechers says that Big Papi’s fan base, which extends to his native Dominican Republic and across the Americas, will help in its global efforts, too.

Late last month, Skechers announced its first-ever quarter topping the $1 billion sales mark, with sales climbing 9.6% to $1.073 billion. Growth came from a 16.8% jump in the international wholesale business, and a 12.8% gain in the global retail business, including a 2.9% improvement in same-store sales. But earnings declined 3.7% to $94 million.

But news in the rest of Sneakerland is considerably less cheery, writes Matt Powell, VP and industry analyst for the NPD Group. Sales continue to be exceptionally strong for casual athletic shoes, a category Skechers dominates, up 36% industrywide in the first quarter, as well as for classic sneakers, up 11%. But men’s athletic footwear sales slipped 3%, kids’ sales fell 6%, and results for women stayed flat. Overall, sales of running shoes fell 5%.

Part of the problem was a delay in tax refund checks, weak results surrounding the NBA All-Star Game, and the shift of the Easter holiday into April.

Under Armour’s sales fell in the double digits for the period, he says, while Nike’s dropped in the high single-digits for the quarter. Adidas saw an 85% sales jump.