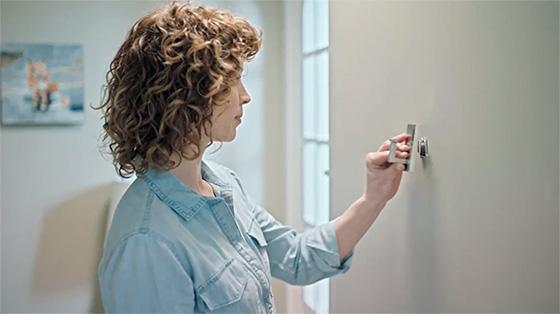 Indianapolis-based Young & Laramore (Y&L) is expanding its AOR responsibilities with the Hillman Group to help the client develop a new hardware brand called High & Mighty. The agency will assist with brand positioning, logo creation, package design and the creative campaign to launch the new line.

With the tagline "Designed to be stuck up," the product line is aimed at DIYers and décor enthusiasts. The tagline is intended to suggest that the new High & Mighty  products make decorating simple.

The line launches with creative to showcase the dynamic within a family as they begin to hang things in their new home. The process is simplified thanks to the new High & Mighty products.

Y&L developed this creative after researching couples during what the independent agency calls its "Consumer Immersion process."  While hanging stuff on walls wouldn’t seem to be a big tension producer, the agency’s research found that it actually is, at least when couples try to do it together.

"This tension led us to create a name and identity that evoked the spirit of empowerment,” the agency stated.  “And, we wanted it to feel like the product itself: clever, fresh, insightful, and uncomplicated."

The media buy for the launch campaign includes TV, digital and social efforts using the #hangxiety hashtag.   These spots launch nationally on Scripps Networks, other broadcast and cable outlets, Hulu and other online channels in October.

The product line was first introduced at the National Hardware Show this week and will have North American distribution throughout Canadian Tire, Lowe’s, The Home Depot, Wal-Mart, and Michael’s effective as of September.