De Niro's A Wizard Of Acting In HBO's Madoff Movie 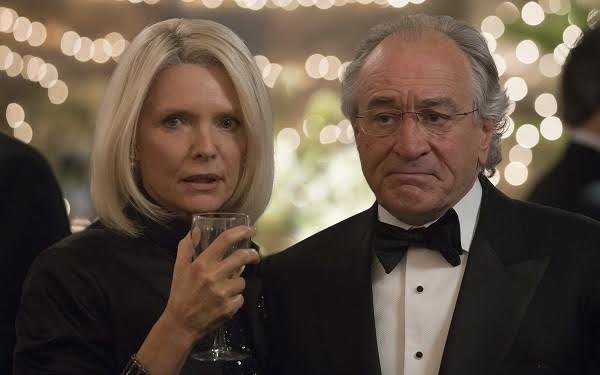 Behold the wonder that is Robert De Niro.

In “The Wizard of Lies,” HBO’s long-awaited Bernie Madoff movie premiering this weekend (Saturday, May 20), De Niro does his De Niro thing, inhabiting a role and riveting your eyes to the screen like few other contemporary actors you can probably name.

Not that De Niro seems to care about it, but he takes a lot of knocks for seeming to take any role that comes his way. People complain that he doesn’t turn in performances on the level of “Raging Bull” or “Goodfellas” every time he’s in a movie.

He makes a lot of movies. How these complainers expect them all to be like “The Godfather, Part II” or “Taxi Driver” is beyond me. I have no idea how De Niro regards his career, but it might be reasonable to guess that he likes to keep working and he likes to collect the paychecks.

In America, that’s what some successful people do. After all, we are not Communists.

Whether it’s a “Focker” movie or a more serious film like “The Wizard of Lies,” De Niro occupies a position in the hierarchy of movie actors that is his alone.

Watch “The Wizard of Lies.” It is a textbook De Niro performance as he assumes the role of Madoff right down to the tone of his voice, his facial expressions, hand gestures and even the way Madoff walks.

This is a very high-quality made-for-TV movie. Filmed in and around New York City, the movie tells the Madoff story mainly from the day in December 2008 that the FBI finally caught up with him.

While there is some flashing back to the period of time before his arrest, most of the movie deals with the devastation Madoff wrought on the other members of his family -- his wife Ruth (Michelle Pfeiffer, with De Niro, above) and two sons, Andrew (Nathan Darrow) and Mark (Alessandro Nivola).

The movie -- directed by Barry Levinson -- also takes pains to include the destruction Madoff brought to the thousands of victims who invested their life’s savings with him and were subsequently wiped out when his investment firm was found out to be a Ponzi scheme.

The movie was adapted from a book of the same name by a New York Times reporter, Diana B. Henriques, who interviewed De Niro in prison. She plays herself in scenes with De Niro that re-create her prison interviews.

Everyone is great in this movie -- Pfeiffer, Nivola, Darrow and also Hank Azaria as Madoff henchman Frank DiPascali and Kathrine Narducci as his personal assistant at the office.

For reasons unknown (at least to me), this movie has taken a long time to come to the air. If memory serves, it was being made around the same time as ABC’s four-hour miniseries about Madoff (titled “Madoff”) that starred Richard Dreyfuss and Blythe Danner as Bernie and Ruth.

ABC managed to premiere its miniseries in February 2016, and “The Wizard of Lies” was expected to turn up on HBO some time later in 2016 -- not that it really matters.

ABC’s “Madoff” was quite good too. Since “The Wizard of Lies” is on HBO, however, greater license exists for HBO’s version to be somewhat harder, most notably in the language that is unrestricted on pay cable.

The Bernie Madoff story is a very sad one. As this movie makes very clear, it had terrible, tragic consequences for his family and for those he swindled. Financial ruin was one result. Suicide was another.

It is not a criticism of the movie to mention that the subject matter and the way it is portrayed in the movie makes for a viewing experience that can be emotionally draining. But since that is what great movies and performances are supposed to do, “The Wizard of Lies” is not to be missed.