Upfront Reflections: If Only TV Was As Exciting As Networks Say It Is 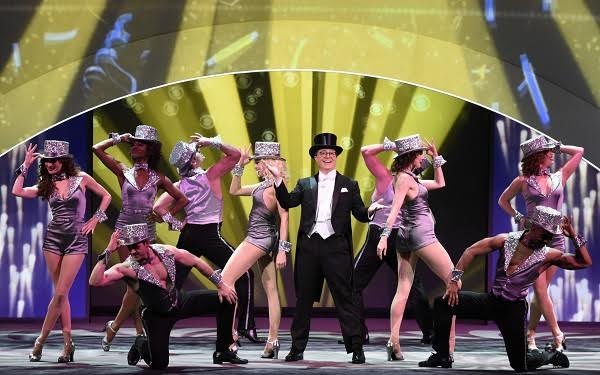 If only the experience of watching TV was as emotional and exciting as the clip retrospectives the networks string together to show at the upfronts.

I had this thought Tuesday afternoon at ABC’s upfront presentation at Lincoln Center. They had one of the best clip montages I had ever seen -- a collection of moments from numerous comedies and dramas, from “Blackish” to “Scandal,” that were jarring, moving, action-packed and even life-affirming. Hats off to the team that put this one together.

I don't mean to pick on ABC, since all the networks traffic in these promotional clip reels. It's just that they don't reflect the reality of watching TV. I had this other thought when thinking about this clip reel: If TV was as exciting and riveting as these reels, then TV would be awesome indeed. But it's not.

The reality is: The moments the networks mine for their clip reels are just that -- isolated moments among many other moments that are much more numerous and not nearly as eye-catching or heart-tugging. And of course, commercials interrupt the experience too -- usually directly after one of the very moments of heightened emotion or drama that end up in clip reels.

Perhaps this is why so many people gravitate toward other sources of video content. Video games, for example, give their users hours of non-stop, uninterrupted action. No wonder a hundred million people play them. And streaming services whose content has no commercials have an allure for people who don’t like frequent breaks.

And yet here we are at the onset of another selling season, the end result of which will be -- when all is said and done -- commercials. As a general rule, commercials don't bother me, except when there are six or more of them and the breaks exceed five minutes.

Give the networks credit for pulling out all the stops during upfront week, however. They’re still out there describing their new shows as “highly anticipated” and “long-awaited.” All of their producers -- show-runners, writers and what have you -- are geniuses, their stars are unmatched, and their confidence in what they’ve put together to entice advertisers is at an all-time high.

Another common theme you hear at the upfronts: Almost every network makes claims to being “No. 1” in social media. They're referring to the way their shows get talked about wherever fans congregate in the online social realm. I'm guessing that this “No. 1” claim is sort of flexible -- depending on what you're counting and who's doing the counting.

Long ago, networks talked about their shows in terms of next-day “watercooler” talk. Mobile phones and other devices that enable people to participate in social media have replaced office watercoolers. The availability of water in bottles probably had an effect too.

ESPN dressed up Kenny Mayne in feathered white wings to play the “angel of advertising.” He was lowered on-stage at the Minskoff Theatre Tuesday morning by giant cables that he then had difficulty detaching.

At the Beacon Theater on Monday afternoon, Fox dressed up Terry Bradshaw, Jimmy Johnson and its other NFL football personalities as rappers. It was not a great moment for Fox.

James Corden rapped also, at the Turner Networks upfront at the Madison Square Garden Theater on Wednesday morning. He’s producing a show for Turner’s TruTV called “Drop the Mic,” adapted from a bit he does on “The Late Late Show” on CBS. Corden was also a featured performer at CBS’s upfront later in the day.

There is a great deal of comedy at these upfronts, or at least attempts at comedy. The funniest seen this week was Conan O’Brien and Shaquille O’Neal being “interviewed” on stage by Anderson Cooper at the Turner upfront.

The whole thing seemed ad-libbed and hilarious, thanks mainly to Conan, who Turner has signed on for at least four more years. This interview bit made its point, though: Top talent in television is in no way limited to the Big Four broadcast networks -- not by a long shot.

engagement, tv, upfront
1 comment about "Upfront Reflections: If Only TV Was As Exciting As Networks Say It Is".
Check to receive email when comments are posted.
Next story loading