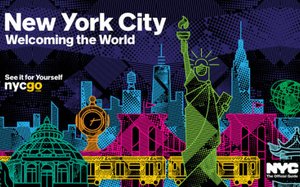 New York City is expected to be the worst-hit among the many U.S. markets that expect damage to their tourism businesses this year, thanks to the negative impacts of Trump administration policies and pronouncements on international visitors to the U.S.

Last year’s 60.3 million total visitors to the city represented about a 2 million increase over 2015. The 2016 total included an estimated 12.7 million international visitors and 47.6 million visitors from the U.S. — again, both record numbers.

But that was before Donald Trump took office.

Although federal courts have so far blocked his attempts to temporarily ban travel from six majority-Muslim countries, news about that intention has “dampened interest worldwide in visiting the U.S.,” travel and tourism executives told USA Today at the end of March. Subsequent reports that the administration is developing “extreme vetting” procedures for international visitors; frequently captured footage of alleged illegal immigrants being  hauled away by authorities (such arrests are up nearly 40% under Trump); and threatening rhetoric have not served to allay fears about what kind of treatment even law-abiding travelers might encounter here.

As a result, travel trends expert Tourism Economics has projected that the U.S. as a whole will see 4.3 million fewer international visitors in 2017, and another 6.3 million fewer in 2018, resulting in losses of about $7.4 billion and $10.8 billion, respectively, in those years. U.S. tourism currently generates about $250 billion annually.

As of this past December, New York had been expecting another robust increase in visits and revenue. NYC & Company, the city’s official destination marketing organization, originally forecast 61.8 million total visitors, including 13.1 million international visitors—400,000 more than in 2016 — and 48.7 million domestic travelers.

The revised, post-Trump projection calls for 300,000 fewer international visitors than in 2016 — although a 1 million-plus projected increase in domestic visitors should net an overall gain of about 1 million versus 2016, for a total of about 61.7 million visitors.

While non-U.S. visitors make up only 20% of the Big Apple’s total tourists, they spend considerably more — an average of $2,000 per person — than domestic visitors, New York magazine reported. Hence, the dip in international tourists is expected to result in an outsized revenue hit of at least $600 million for the five boroughs, and a $120-million loss in tax revenue for the city and New York State. The worst-case projection is a $900 million loss in direct spending and another $900 million in indirect “economic rippling” effects.

Trump’s actions and words have “created a considerable perception challenge” for New York City, which — as the U.S.’s largest entry port, has “the most to lose,” NYC & Company global communications executive Chris Heywood told the magazine.

Mexico is the city’s ninth-largest country of origin for NYC tourism. These travelers spent more than $1 billion in the city in 2015, representing an average per visitor of $2,315, according to Crain’s New York. But this year, Mexican visitors, whose numbers had been on the rise (449,000 last year), are projected to decline by 6%, thanks to Trump insulting Mexicans by characterizing them as criminals and harping about building a wall across the Mexican border.

“New York’s tourists from Mexico are largely affluent leisure and business travelers who come repeatedly and shop heavily,” and “business groups from Mexico have canceled plans for conferences years out,” the bureau told Crain’s.

In response to these threats to its tourism, New York City — which must also spend an estimated $308,000 per day on security for Trump Tower when Trump is in town, and $149,000 per day when it’s just Melania and his son in the building — is not just crossing its fingers and hoping for the best.

At the end of the first quarter, NYC & Company launched a new, $3-million campaign, “New York City, Welcoming the World.” The advertising — featuring the most iconic welcoming image of all, the Statue of Liberty — is now appearing on billboards and in other channels in the United Kingdom, Germany and other Western European countries, as well as Mexico and other key markets.

In April, NYC & Company also renewed the city’s alliance with Mexico City to boost tourism between the two metropolises — although this agreement is for one year instead of the three-year agreement originally signed in 2013.

“It’s important now more than ever to reinforce our commitment and do all we can to welcome the world to both of our extraordinary destinations,” said NYC & Company CEO Fred Dixon, at the signing ceremony.

NYC & Company is running an integrated, Spanish-language version of the “Welcoming the World” campaign in Mexico from April 25 through July 3, in partnership with Best Day Travel and media partner JC Decaux. The $900,000 campaign, led by out-of-home, includes promotion of a discounted air and hotel travel package and incentives for travel between May 1 and July 31.

New York isn’t alone in fighting back, of course. Also in April, the Discover Los Angeles tourism board unleashed a similar counter-messaging campaign, “We Welcome Everyone.” Among other elements, that campaign includes videos and Instagram and other social media efforts using #EveryoneIsWelcome.

Meanwhile, Brand USA’s new campaign, “See How Far You Can Go,” is inviting travelers from Australia, Brazil, Canada, China, France, Germany, India, Japan, Mexico, South Korea and the UK to “be the heroes of their own USA experience,” the organization’s CEO, Christopher Thompson, told USA Today.

While the implication probably wasn’t intended, it does seem that these days, courage is a desirable trait for visitors to the United States.