Hefty Flips For A Little Fun 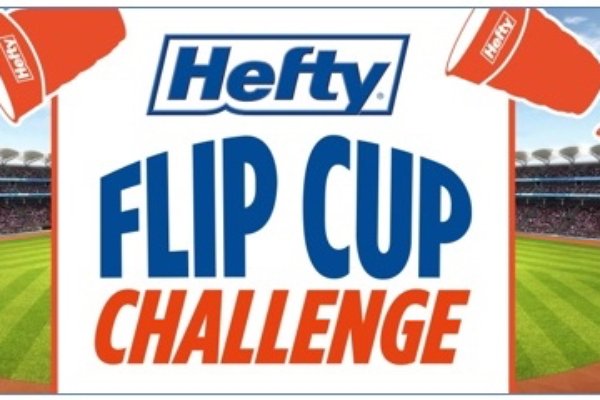 Just because your product is made of plastic and is very utilitarian doesn’t mean it can’t have a little fun.

Building on its success from last year’s record-setting flip-cup game, Hefty is taking things on the road with a three-market flip-cup tournament to crown the country’s “Flip-Cup Champion.”

“Hefty has always been a brand with a good sense of humor, never taking itself too seriously,” Carlee Bilello, senior marketing communications manager for Hefty Tableware, tells Marketing Daily. “That said, we always want to be part of life’s celebrations, both big and small, and this new campaign gives us a chance to do just that — all while getting our new and improved party cup in the hands of the consumer.”

Beginning this weekend, the brand will host qualifying rounds in three Major League Baseball markets (Pittsburgh, St. Louis and Los Angeles), and reward the victors in each market an expense-paid trip to Miami to compete for the championship during Major League Baseball’s All-Star weekend. The three markets were chosen via their “passionate fan bases” and to give the brand “coast-to-coast” representation, Bilello says.

The flip cup game involves pitting two players (or teams, playing relay-style) against each other to consume beverages out of a plastic cup. After consuming the contents, the player places the empty cup on the edge of a table and must flip it over before moving to the next one. The player who finishes the line of cups first wins.

Last year, Hefty set a record (according to RecordSetter.com) by holding the largest flip-cup game at Wrigley Field, with 200 competitors raising $40,000 for charity. This year’s event is intended to bring the fun to other markets, Bilello says.

“To continue the momentum, the brand is bringing flip cup fun to more cities across the U.S. this summer,” she says. “It’s all about celebrating and having fun, which is symbolized by Hefty Party Cups.”