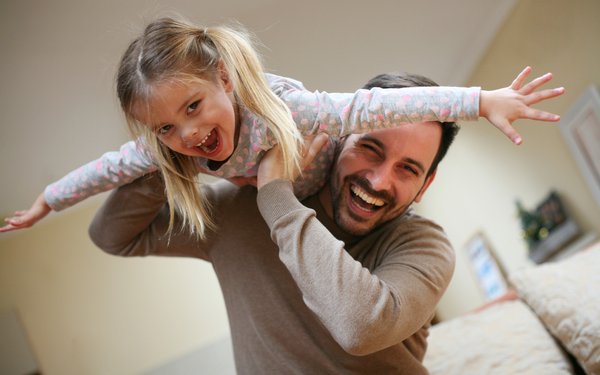 You know that well-meaning but bumbling idiot of a dad often portrayed in commercials?

Well, you probably had a hunch such portrayals are more than a bit exaggerated and in most cases, don’t reflect reality. Now, a new study from consultant The Family Room purports to demonstrate how off the mark such portrayals are.

The new study challenges other stereotypes too, like fathers being the voice of reason and the buttress of rational family thought and common-sense thinking.

The study, which looked at five markets (U.S., Russia, UK, China and Saudi Arabia), identifies what are described as the six universal faces of dad, each with different beliefs about what it means to be a father, the kind of relationship they seek with their children, and the emotional needs that define the choices they make throughout their lives.

“For too long, we have lumped all dads into a single homogeneous group with little discrimination between them,” stated Family Room founder-CEO George Carey. “And most of our associations with fathers tend to be reflective of the dad that raised us 20 or 30 years ago.”

Below are brief descriptions of the “six faces” explored in the study:

Determined Achievers: The dad of yesteryear. He is career-oriented, committed to having a life outside his family and intent on raising self-sufficient kids who can find their way in the world. He is also the smallest “dad” segment today, falling well behind the five other paternal archetypes revealed in the study.

Creative Individualists: This dad believes his principal role as a father is not to raise children who reflect his choices, his values and his behaviors, but to teach his children to look inside themselves, be attuned to their inner voice, and follow their own heart and vision.

Nurturing Connectors:  This father’s dominant emotional priorities are spending time with his family, parenting in a more collaborative and democratic style, being buddies with his kids, and protecting them from the growing threats to their emotional and physical well being. It is the largest segment of dads.

Order Seekers: Also known as “Control Freak Dads,” this father abhors chaos, likes everything planned out, and expects schedules be kept to the second. This dad insists on an orderly house and never lets his kids eat crackers in the back seat of his spotless car.

Caring Compassionates: This dad is focused on raising children with an awareness of the gifts life has bestowed on them and a mindfulness of the needs of others who are less fortunate. He feels he is fighting a losing battle against entitlement and privilege in youth culture.

Self-Reliant Strivers: This dad is intent on teaching his children self-sufficiency, autonomy and independence. He believes he has the right to a life outside of being a parent and engages in his own interests with every bit as much energy as he shares with his kids.

A key takeaway for marketers, per the study, is that the different dad types won’t necessarily buy the same car, live in the same neighborhood, or make the same investment decisions.  Why? Because the study found that nearly all family decision-making is emotional, and these dads have completely different emotional DNA.

“One of the things we’ve observed in our work: The minute a person goes from being a guy to a dad everything changes, and things they felt, needed and wanted regardless of country goes from quite different to remarkably similar when there is a baby in their arms.” Carey concluded.

“They may have been a Saudi first, an American first or a Chinese first yesterday, but today, they are dads and there is far more that unifies than divides them around the world.”

The study was drawn from a quantitative survey involving 1,600 parents.  It was fielded and analyzed between January-March 2017 using a 30-minute online interview. Additional questioning areas included parenting attitudes, lifestyle attitudes, media consumption, and nutrition attitudes for each dad segment.