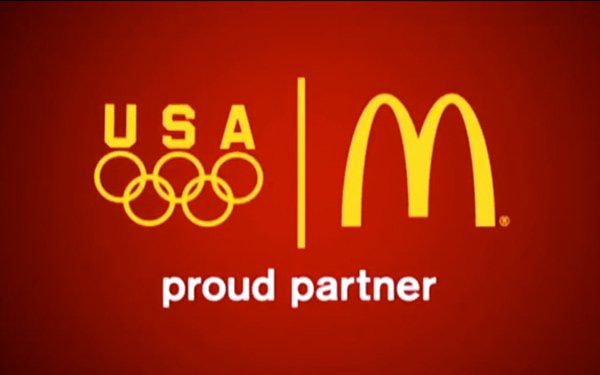 After a relationship that began more than 40 years ago, McDonald’s said it would cease its official alliance with the International Olympic Committee and the U.S. Olympic Committee three years before the end of its current deal “to focus on different priorities.”

“As part of our global growth plan, we are reconsidering all aspects of our business and have made this decision in cooperation with the IOC to focus on different priorities,” says Silvia Lagnado, McDonald’s global CMO.

“We have been proud to support the Olympic Movement, and we thank our customers and staff, the spectators, athletes and officials, as well as the IOC and local Olympics Games organizing committees, for all of their support over the years.”

The IOC said it “has no immediate plans to appoint a direct replacement in the retail food operations sponsorship category, and will review the category in the broader context of existing Olympic marketing programs.”

That could, in effect, set up a bidding war for a chance to become a domestic restaurant partner with the USOC, if not globally with the IOC, among such players as Burger King, Chick-fil-A, Taco Bell, Wendy’s, Buffalo Wild Wings and even Starbucks.

“In today’s rapidly evolving business landscape, we understand that McDonald’s is looking to focus on different business priorities,” says Timo Lumme, managing director for IOC Television and Marketing Services. “For these reasons, we have mutually agreed with McDonald’s to part ways.

“I would like to thank our friends at McDonald’s on behalf of the IOC for the commitment the company has shown to the Olympic Movement over many decades.”

Although the decision takes effect immediately, McDonald’s said it would continue to be a sponsor for the 2018 Winter Games in PyeongChang “with domestic marketing rights in the Republic of Korea only,” as well as restaurants in the Olympic Park and the Olympic Village.

“Thanks to McDonald’s for serving Team USA at home and at Olympic Games around the world for more than 30 years,” the USOC wrote on its Twitter page.

McDonald’s is now added to a list of companies that for various reasons since November ended their official Olympic alliances, including former USOC partners Anheuser-Busch (Budweiser), AT&T, Citigroup and TD Ameritrade.

According to the IOC, Dow, GE, Panasonic, P&G, Samsung, Toyota and Visa have agreements through 2020; Bridgestone, Panasonic and Toyota through 2024; Alibaba through 2028; and Omega through 2032.

“The IOC’s sponsorship strategy is aimed at delivering long-term partnerships that help the Olympic movement achieve the objectives set out in Olympic Agenda 2020, our strategic roadmap for the future,” says Lumme. “This strategy is exemplified by the recent announcement of long-term, ground-breaking agreements with new and existing global partners.”

In addition to PyeongChang, the upcoming Olympic schedule includes the 2020 Summer Games in Tokyo and the 2022 Winter Games in Beijing.

The IOC is scheduled to name host cities for the 2024 and 2028 Summer Games this September, with Paris and Los Angeles as the only two candidates.

Barry Janoff is executive editor of NYSportsJournalism.com and a contributor to Marketing:Sports.