Dell Gets Its Spidey Senses Tingling 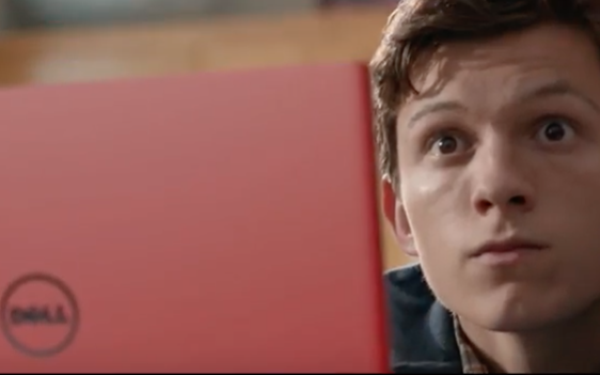 As a high-school student, Peter Parker is a top-notch student. As Spider-Man, he’s adventurous and cool. Dell is banking on those two qualities to sell its newest line of gaming laptops.

The Round Rock, Tex., computer company is partnering with Sony Pictures on a cross-promotional effort for the latter’s upcoming film, “Spider-Man: Homecoming.” The effort includes both on-screen and behind-the-scenes use of Dell computers in making the movie and will serve as a launch platform for the company’s Inspiron 15 7000 gaming laptop.

“Spider-Man’s broad popularity mixed with its relevance within the gaming community presented an opportunity to launch the Inspiron Gaming line in a big way,” Gerri Tunnell, SVP of consumer and small business marketing at Dell, tells Marketing Daily. “Fast forward to now and fans can see a partnership that takes place behind the camera and in front of the camera with integration of two of our products into the film, a robust marketing campaign and a few other activations fans will love.”

The campaign includes a television ad depicting Peter Parker veering off from his studies to boot up a fight game on his Dell computer. As classroom compatriots turn into game characters, Peter is called back to reality to run out of class for a real-world battle with movie baddie, The Vulture. “Your screen, super-powered,” says a voiceover of the new computer. The spot was developed in conjunction with the film’s director, John Watts.

“The broad popularity of the Spider-Man franchise and its relevance with gamers presented a real opportunity to launch Dell’s Inspiron Gaming line as part of the campaign and bring Dell’s expertise in high-performance gaming to more people,” Tunnell says. “Partnering with Jon Watts on the TV spot allowed Dell to uphold a seamless look and tone, stay true to the film and deliver to the Marvel community.”

The spot will begin airing on U.S. television networks next week and will roll into international markets such as China, U.K., Brazil, Japan, Australia and Mexico during the summer. The campaign will also include cinema, print, digital advertising, out-of-home placements and consumer engagement throughout the summer.

One OOH placement will include interactive billboards in Times Square, in which people will be able to race to the top of an NYC skyscraper using their mobile phones in connection with the giant screens around the area. “We felt the Spider-Man Scramble brought to life a bit of technology, game-play and of course Spider-Man that encompassed our partnership in an appropriate way,” Tunnell says.

Dell is also highlighting its behind-the-scenes work on the movie, with many of its workstations, servers and storage units being used to help create visual effects. Dell also collaborated with Sony on “Spider-Man: Homecoming VR” a multi-platform virtual reality experience, which gives people th chance to suit up as the wall crawler, shooting webs and chasing the Vulture around New York City. Dell is placing several of its PC-ready VR units in Cinemark theaters around the U.S. for consumers to demo.