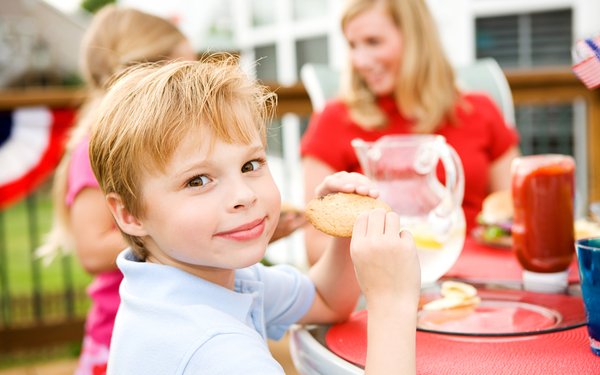 It expects 44.2 million people to travel more than 50 miles from home for the Friday-to-Tuesday weekend, a 2.9% increase from last year. And overall, whether they’re headed for massive firework displays or a neighborhood BBQ, the National Retail Federation predicts that 219 million people will celebrate somehow.

AAA attributes the record number of travelers to consumer confidence and low unemployment and says 37.5 million plan to drive to their destinations, with 3.4 million saying they will fly, representing increases of 2.9% and 4.6%, respectively. Based on its bookings, it says the top three destinations are Orlando, Florida; Vancouver, B.C., and Cancun, Mexico.

In retail sales, the NRF says food is the thing, with the average person spending $73.42, up from last year’s $71.34, with food spending expected to reach $7.1 billion.

And while beef, chicken and pork are traditionally the biggest sellers, Nielsen reports that new flavors are taking over the picnic table: Barbecue sauce is still no. 1 in dollar sales, with almost $34 million in sales in the two weeks leading up to July Fourth last year, but non-traditional sauces like Worcestershire, up 9.8%, teriyaki, up 7.7%, and hot sauce, up 5.8% are gaining ground.

Its study, conducted by Prosper Insight & Analytics and including 7,200 people, finds that 66% intend to take part in a cookout or picnic, 44% plan to attend fireworks or some other community celebration, and  14% will go to a parade.

Macy’s, which promises the largest pyrotechnic display in more than a decade, says it expects 3 million spectators to take in its annual fireworks show.