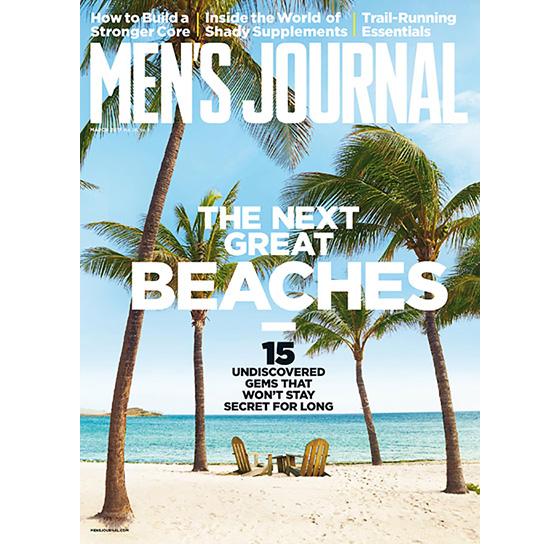 Wenner Media has sold Men’s Journal to American Media Inc., just three months after it sold Us Weekly to the same publisher.

Now, Wenner Media is down to two publications: Rolling Stone and gaming site Glixel, which it launched last November.

In September, Wenner Media sold a 49% stake in Rolling Stone to BandLab Technologies, a digital music and media company based in Singapore.

“We weren’t proactively on the market with Men’s Journal, but the opportunity came up, and it kind of fits in with our plans and our desire to really continue to grow Rolling Stone,” he said. “It just made sense.”

David J. Pecker, CEO of AMI, told the NYT he was attracted to Men’s Journal because it opens up the opportunity to attract more premium advertisers online and in print.

“With the acquisition of Men’s Journal, AMI further establishes itself as a premium content producer by adding another respected media brand with a highly engaged, affluent audience,” Pecker stated.

Earlier this week, another magazine publisher, Rodale Inc., announced it was exploring “strategic alternatives” for the company that could include a sale of its brands, including male-focused Men’s Health. Pecker told the NYT he intends to pursue that magazine “very aggressively.”

Launched in 1992 by Wenner Media, Men’s Journal has a total audience of nearly 5 million. The company claims it had a 130% growth in unique visitors to the site from December 2014 to December 2016.

“Men’s Journal has captivated their passionate audience with distinctive content for the past 25 years, and it has been immensely gratifying to watch the brand’s growth and success,” stated the younger Wenner.

A week after AMI bought Us Weekly, around half of its 120 employees were let go.

However, Pecker told the NYT he plans to keep all 25 staffers currently employed at Men’s Journal.