Mercedes Campaign For The 'Obsessed' 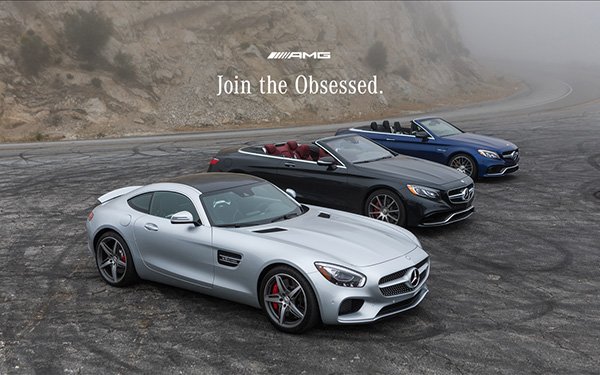 Mercedes-Benz is launching its biggest digital and social media campaign of the year to promote its high-performance division known as AMG.

A first for Mercedes-Benz, a mobile video was developed in tandem with Facebook’s Creative Shop to help ensure the content would receive maximum exposure.

"The execution reflects the fact that marketers continue to look for ways to maximize real estate on mobile so this is an example of thinking beyond the limitations and borders of sometimes limiting aspect ratios in social media to showcase immersive content," the client stated.

“Join the Obsessed” debuts on Facebook and Instagram with a video inviting people "obsessed" with driving to view the explanatory video Summer, followed by shorter, model-specific videos.

The campaign continues with subsequent Facebook Canvas units depicting an obsession in numbers, followed by carousels on both Instagram and Facebook aimed at boosting overall awareness of AMG since many Americans aren’t as familiar with the AMG brand as Mercedes-Benz.