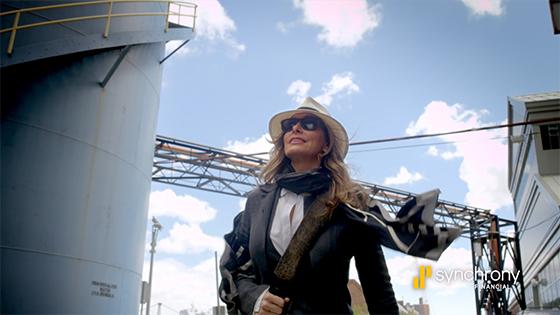 The campaign, which began airing on June 29 and goes through July 31, was developed by Reuters Plus, Reuters’ branded content studio, for Synchrony Financial. Dubbed “Working Forward,” the ads feature four entrepreneurial Reuters TV viewers and tell the story of the steps they’re taking to achieve personal or professional goals.

Each person’s story unfolds in sequential native ad segments of about 20 seconds apiece, inviting the viewer to piece together the whole story of an individual's aspirations.

The narrative supports Synchrony Financial’s brand and aims to align its services with real stories from enterprising individuals. The video stories are integrated into Reuters TV content -- and notably, Reuters used actual Reuters TV viewers as the “stars” of the native ad campaign.

It’s the first time Reuters Plus has done native video in this fashion, according to Daniel Mandell, chief revenue officer, Reuters. “For us it’s an opportunity to create continuity but to break the video up into shorter spots," he said.

"If there’s an appetite to watch things in this manner, we could push it even farther, and longer. For us, this was an opportunity to test this format and see if it will be effective,” Mandell said.

In any case, Reuters TV viewers seem to have an appetite for video. Mandell said 12 minutes is the average session time viewers spend with Reuters video content.

Reuters.com reaches 23 million global unique visitors across its platforms (TV, desktop, and mobile), according to comScore’s May 2017 data. Reuters TV has two million monthly active viewers and its programming is available across platforms, including Amazon Echo Show, Amazon Echo, Roku, Apple TV, Apple and Android apps, and on Reuters.com.

Synchrony, Mandell said, will look for engagement metrics, and consumer interactions with the video content. “It’s slightly experimental. The goal was to help Synchrony be an authentic storyteller.”