Thirteen Says It's 'Worth Fighting For' In New Campaign 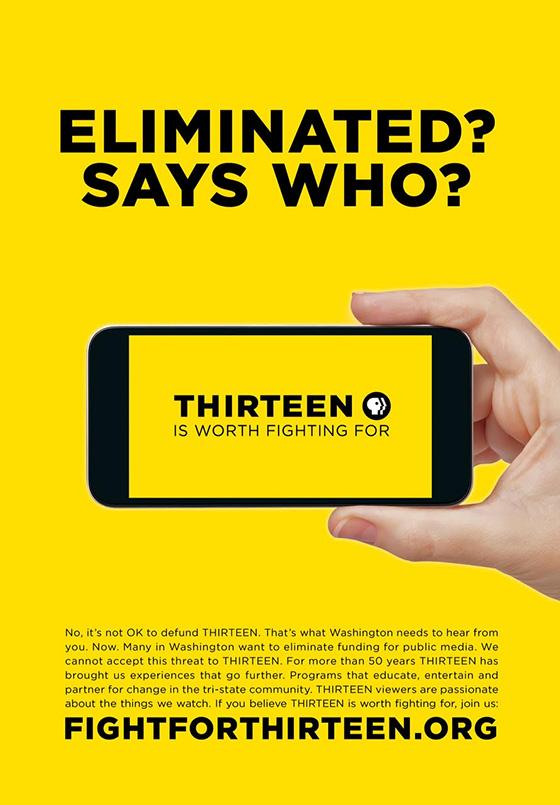 Developed with agency Interplanetary, the “THIRTEEN Is Worth Fighting For” creative is focused on generating impact through individual action, with lines such as: “No. It’s not OK to defund THIRTEEN. That’s what Washington needs to hear from you. Now.”

Also: “If you believe THIRTEEN is worth fighting for, join us.”

The copy is enhanced with images from THIRTEEN’S lineup of PBS programming, including American Masters and Great Performances, as well as children’s shows Cyberchase and Sesame Street.

The campaign reinforces the point that THIRTEEN produces several of PBS viewers’ programs nationally, including Nature, American Masters and Secrets of the Dead. All may be affected by changes to CPB funding in the federal budget.

The advocacy effort includes digital and out-of-home. It serves as Interplanetary’s initial engagement for THIRTEEN with other projects in the pipeline for later this year.