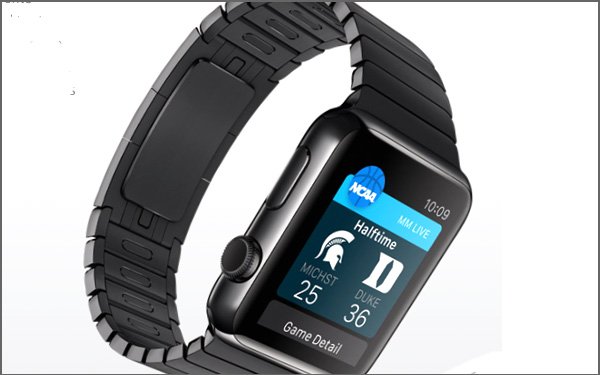 Apple Watch is the top brand this year in a year-over-year analysis of 500 consumer brands by Engagement Labs.

sIn its TotalSocial Rankings, the company identified the top 10 brands that saw the most improvement with respect to the quality and quantity of consumer conversations.

Apple Watch moved up more than 100 spots. Within the last 12 months ending May 2017, Apple released a number of product innovations including the iPhone 7, Apple Watch Series 2, and Apple AirPods, among others.

The brands that have improved the most over the past year are not just those in technology or other "new and sexy" categories, says Ed Keller, CEO of Engagement Labs.

“They cut across a range of categories and include new comers as well as brands that have stood the test of time for decades and continue to keep themselves culturally relevant in today's consumer marketplace,” Keller tells Marketing Daily.

What all of the brands — new and old — have in common is that they took their own path to best connecting with consumers. There is no “magic bullet,” he says.

“Driving positive social influences improves your business outcomes, but it's not enough to focus solely on social media as a proxy for brand advocacy,” Keller says. “Offline word of mouth is quite different from social media conversation, and both must be measured and mastered to improve business performance including top line sales growth.”

The list provides a roadmap for marketers as they build strategies to generate conversations and increase sales. For example, General Mills took a big risk in creating a socially responsible marketing campaign for its flagship Cheerios brand with its “Bring Back the Bees” campaign, he says.

“While the campaign did spur a little controversy, it ultimately got consumers talking,” Keller says. “In the case of Apple, it is clear that the company really made the most of its product launch for the Apple Watch. And, when looking at Travelocity and Hotels.com, the increase in media spend is paying off as more consumers are talking.”

The rankings are based on Engagement Labs’ proprietary TotalSocial data, which continuously measures the most important drivers of brand performance with respect to social media and word of mouth conversations. Engagement Labs’”‘Movers and Shakers” were identified by brands that had the biggest point increase in their TotalSocial scores from the twelve months ending May 2016 to the twelve months ending May 2017, placing them in the top half of the TotalSocial ranking.