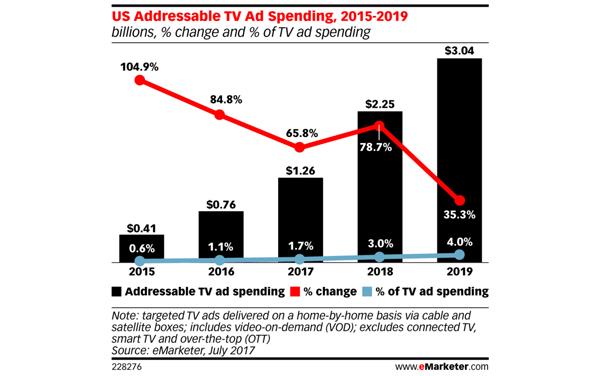 Ad spending for addressable TV and programmatic TV (PTV) is expected to grow in the U.S. by double digits through 2019, according to an eMarketer forecast.

The digital researcher projects that in 2017, addressable TV ad spending will grow 65.8% to reach $1.26 billion. It defines addressable TV ads as targeted ads delivered by a cable or satellite provider, via internet-connected set-top boxes.  The ads mainly target viewers based on age and gender and can be seen during live broadcast/cable viewing or during on-demand viewing.

While three-quarters of U.S. households have cable or satellite boxes capable of delivering targeted ads, addressable TV spending will make up just 1.7% of total TV ad expenditures ($72.72 billion) in the U.S. this year, according to eMarketer. By 2019, that proportion will grow to 4.0%.

“Addressable TV is a seller’s market.  Even though cable and satellite providers have the capability to target 74 million U.S. households, they are rationing the inventory,” stated eMarketer forecasting analyst Oscar Orozco.  “Some targeted TV ads command lower prices, and measurement capability is limited at this point.” 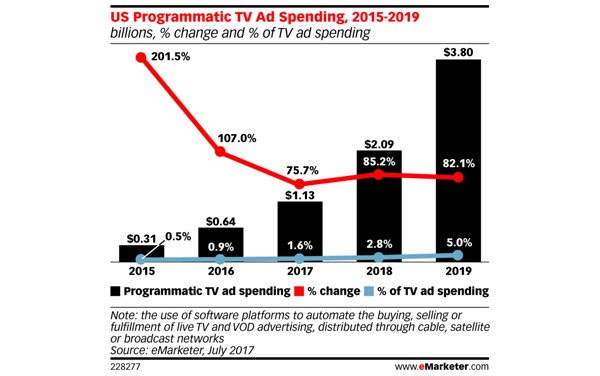