Why Alphabet Had To Prove A Market For Google Glass 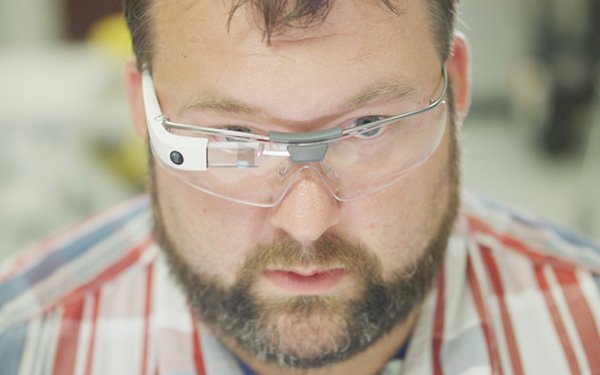 It's a great idea. A pair of glasses that can project information such as driving directions, make a phone call, answer an email or perform a variety actions on a virtual screen directly in front of your eyes. Yes, the great idea became a reality in 2012 when Google first announced Glass, but a little ahead of its time.

It wasn't long until it pulled the plug on the product as a result of an immature market and no real commercial focus to generate revenue after selling prototypes to qualified Glass Explorers in the U.S.

Google, and now its parent company Alphabet, had no other choice than to relaunch Glass as an enterprise utility, and on Wednesday announced that for the past two years it had been running limited tests with a handful of companies to prove its worth -- companies like DHL, GE, Sutter Health, and Volkswagen.

The big question is how Alphabet will link Glass Enterprise Edition to Google search and advertising. It would make more sense for the enterprise edition to link to research or a company's data. Doctors' offices or engineering departments might link to research, whereas retail and clothing brands could connect their own enterprise data from manufacturing and media buying to enterprise systems.

The information could be teleported from one location to another, as Chinese Scientists have proven it could be done. (I'm just musing.)The NPR reports that Chinese scientists say they successfully teleported -- yes, teleported -- information on a photon from Earth to space, which is a distance of more than 300 miles. This connection "created by quantum entanglement is theoretically unhackable," meaning that in the future people could use it to securely transport information.

While smartphones are readily accessible, another option would be connecting through Glass Enterprise Edition. For example, a search advertising media buyer gets an alert that the little black dress from a favorite clothing designer sold out, but the AdWords campaign didn't halt the ad running across Google Shopping.

Surely eye-tracking will soon detect a user's brain activity to make changes. The data and screen will adapt to user behavior and help to make decisions on questions that he/she might not have detected. Microsoft HoloLens is testing this capability with Airbus. The two companies have been testing the platform for 12 weeks to determine the future of HoloLens and aerospace.

A lift company by the name of Thyssenkrupp uses HoloLens to troubleshoot problems with elevators and plan stair lifts. Aside from HoloLens, Google and Glass Enterprise Edition joins a short yet powerful list of companies that includes Epson Moverio. All three now support enterprise companies, and Epson has the longest life working with enterprise companies.

In fact, Epson has been building an ecosystem of software developers around its Moverio Smart Eyewear platform for years. In June, the company announced that Icnodent Technologies brought augmented reality to dental chairs. The creators are two twenty-something dental graduate students who wanted to make going to the dentist office more relaxing.

Earlier this year, Epson launched a Drone edition, in which the software and eyeglasses allow for greater control of unmanned aerial vehicles such as drones. No doubt we will see the same from Glass very soon.