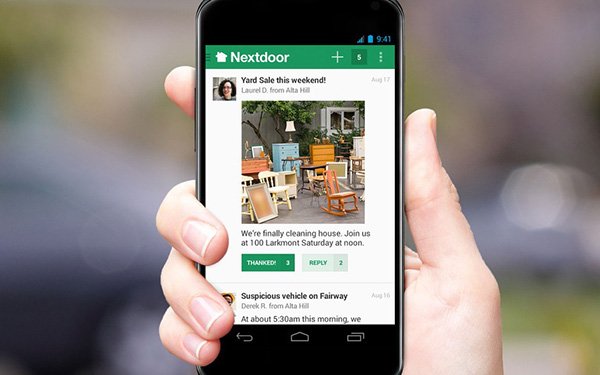 While Facebook and Google have all the power in their relationships with publishers, game theory suggests they might be more accommodating if they see publishers cozying up to other platforms.

This week, The Washington Post announced a new partnership with Nextdoor, which allows users to create private, local social networks for their neighborhoods, making WaPo the first big news provider to officially team with Nextdoor in the Northeast.

WaPo has created a Nextdoor page, and the newspaper’s coverage is also accessible via the Nextdoor mobile app. In addition to getting a variety of local breaking news, ranging from crime to entertainment, Nextdoor users can request tips and engage in online discussions focused on specific stories and issues.

They can also participate in polls and respond to questions shared by WaPo journalists, including private messages for sensitive topics.

The Nextdoor partnership doesn’t offer readers any additional free articles per month, so WaPo’s online paywall, which kicks in after 10 articles, is still in effect for readers coming to the newspaper Web site from the social network.

Separately, Facebook is continuing its belated efforts to assuage publisher discontent. In addition to unveiling plans for a digital subscription feature for news publishers, the social network announced it is allowing publishers (as well as brands, celebrities and other public entities) to create Groups linked to their Facebook pages.

According to Chris Cox, Facebook chief product officer, who announced the new feature in a blog post Wednesday, this will allow their most engaged readers to interact with publishers and each other using the Group functionality. It is broader and more flexible than the interactivity options on pages.

Groups allow “public” posting, making posts visible to all Facebook users, as well as a “closed” setting, which requires an invitation from an existing member of the group before a user can join and see posts.

As noted, this week Facebook disclosed it is preparing a digital subscription system, which will enable publishers to limit the number of articles Facebook users can see for free through their news feed, capping it at 10.  After that, they would have to buy a subscription.

In addition, the system would allow publishers to direct traffic to their own Web sites, where they can sell subs directly. Authentication would then allow users to continue accessing content through their Facebook news feed. Users who have already subscribed elsewhere are grandfathered in.