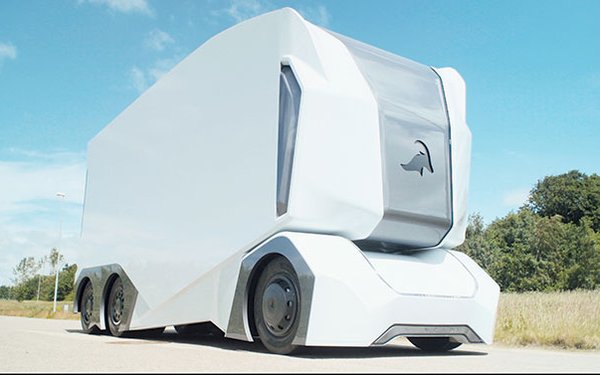 In somewhat of a twist on the forward motion of the development of self-driving vehicles, there seems to be a movement in vehicles that use a driver, but via remote control.

An electric, self-driving truck has been unveiled by a Swedish tech company with the intent of creating 200 of the remote-controlled vehicles.

The ‘T-Pod’ is 23 feet long and has an operating weight of 20 tons, smaller than normal heavy trucks. It’s controlled by an operator, but also has the ability to take advantage of a self-driving system, according to Einride, the company making the vehicles.

The company was created with the aim of creating a sustainable transport system and has been in the planning stages for more than a year.

A full-scale prototype was recently presented, along with plans to create a transport system between Gothenburg and Helsingborg by 2020. There would be charging stations along the route, since the vehicles can run 124 miles on one charge.

Another twist in the vehicles is that there is no cab, no steering wheel, windshield or any of the normal features typically found in a traditional truck. The vehicle has no place for a driver.

This isn’t the only remote-control trial in the works.

Remotely controlled driverless boats and aircraft are set to be tested off the southern coast of England, run by BAE Systems with a government grant. A control center will have radar and various other equipment to control the vehicles.

And a company in India has created a driverless cart, shown recently at an Infosys company meeting. The cart has sensors programmed to identify its surrounding and was created to help teach employees about the latest in AI and machine learning, according to the company.

One of the stated intentions of Einride is “create new jobs,” which likely will occur, since each vehicle will be new and need a driver, even if a remote one.

The job of ‘truck driver’ will have a whole new meaning.