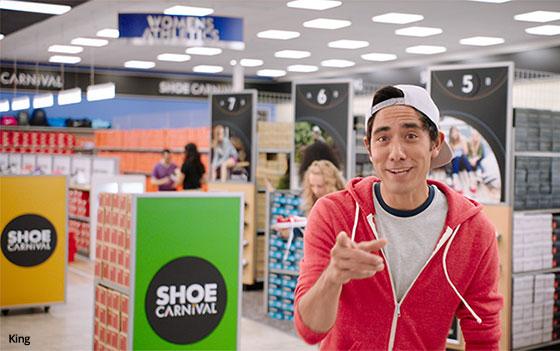 Shoe Carnival is partnering with social-media influencer Zach King to leverage his celebrity and social following as part of its back-to-school marketing campaign.

Developed with agency 22squared, the creative showcases the Vine star and YouTube personality surprising shoppers and engaging fans with his "magic" Vine videos.

"More than ever, our category is fragmented, consumers are demanding more, and everyone is shouting about back-to-school offers," stated Todd Beurman, SVP marketing, Shoe Carnival. "We had to create a campaign that would break through the clutter and get people to pay closer attention to Shoe Carnival."

The agency sought out King because his brand aligns with Shoe Carnival's overall “A Surprise in Store” brand and tagline.

King’s production crew from Humble and 22squared created custom content for the Shoe Carnival audience, as well as for King’s fan base.

The shoe retailer is also working with 15 other influencers who are publishing content featuring back-to-school products on their social channels and providing additional content for use on Shoe Carnival's channels.