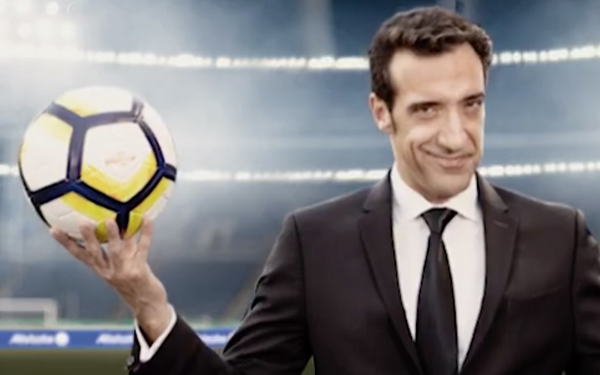 Allstate is connecting with Hispanic soccer fans through a campaign which is built on the idea that fans will make crazy promises if it means that their team will win.

The #MalaSuertePrometo campaign, from Lapiz, is built around the 2017 Gold Cup and features the sophisticated and clever, yet often mischievous, Mala Suerte character that fans have come to know and love.

Allstate has been a visible and active supporter of the soccer community for more than a decade. Earlier this season, Allstate renewed its title of Official Insurance Sponsor of CONCACAF.

Allstate has been challenging fans from Mala Suerte’s Facebook page to make “if my team wins I will…” promises using the hashtag #MalaSuertePrometo for a chance to win tickets to the CONCACAF Gold Cup final in San Francisco.

“The sweepstakes is used as a way to reward Hispanic soccer fans for their loyalty and support,” says Lorena Nunez, Allstate associate marketing manager, multicultural. “We know that our campaigns wouldn’t be successful without their loyalty and engagement with Allstate and Mala Suerte on social media.”

The campaign includes on-site activations ahead of select Gold Cup matches where fans can fulfill their promises live on camera -- everything from fans shaving their heads to wearing crazy outfits -- with all footage being shared on Allstate’s Facebook page.

For the final match, Allstate will use Facebook Live to broadcast the fulfillment of the winning promise.

“Facebook is where our soccer audience engages with Mala Suerte the most,” Nunez says. “Since 2014, Mala Suerte has been present in soccer tournaments and he has built a base of core soccer Facebook fans who follow him during these tournaments. Whenever a tournament is approaching, fans start asking him on Facebook ‘What antics are you going to do this time?’”