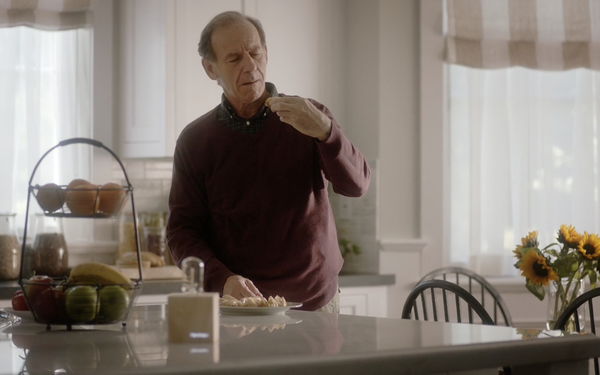 The Columbus, Ohio-based brand is introducing Fârnhäan, the confidently wrong AI device everyone just seems to accept in a campaign from Greatest Common Factory.

The new creative builds on the company's “Terrible Quotes” campaign that increased SafeAuto sales by 77% by juxtaposing nonsensical statements with the idea that SafeAuto will give you a good quote in three minutes — a play on the company’s ability to make easier a process that most consumers find uncomfortable.

Dozens of TV, digital and social media ads introduce Fârnhäan, a lightbulb atop a wooden box that confidently gives wrong answers in a faux German accent, to dramatize the fact that things don’t always make sense in a world of AI and fake news. By contrast, getting a car insurance quote can be simple, easy and rewarding.

In “Tokyo,” a woman asks Fârnhäan what time it is in Tokyo, then takes it in stride when the device answers “It is 4:30 PM, June 20th, 1983.” In “Baklava,” a man asks Fârnhäan what’s in Baklava, and says “hmm, minty” when the answer includes toothpaste. In each spot an announcer interrupts, saying “that doesn’t sound right,” invites viewers to check out SafeAuto, and closes with, “at least someone’s making sense.”

Fârnhäan’s backstory includes a fictional scientist, Dr. Greta von Blünk, who is the subject of a teaser campaign introducing the device. Five Greta spots — where she explains her creation — started airing last week on local news stations and social media and a Fârnhäan website launched. Fârnhäan has its own Facebook, Twitter and Instagram pages.

More than a dozen commercials begin airing today (Aug. 14) on national cable and state broadcast with connected TV, Hulu and Spotify in the 18 states where SafeAuto is available. It will run through early 2018.

Meanwhile, a widening range of storylines will play out on social media — based on how Fârnhäan might interact and comment on each platform. Because Fârnhäan and Greta are personifications people can relate to, they can be extended naturally in social media.

“We still have the same budgets to create assets, but now they have to work across 700 channels instead of seven,” Kordes says. “

Fârnhäan is a visual mnemonic we can easily translate to social media, streaming, and in-app/inline content, without a lot of incremental costs, he adds.

“We can’t afford to make 700 original pieces of content, but we can easily have the device say 700 different things,” Kordes says. “And we’re co-opting all the marketing and awareness behind AI to increase our relevance as we highlight our simple value proposition.”