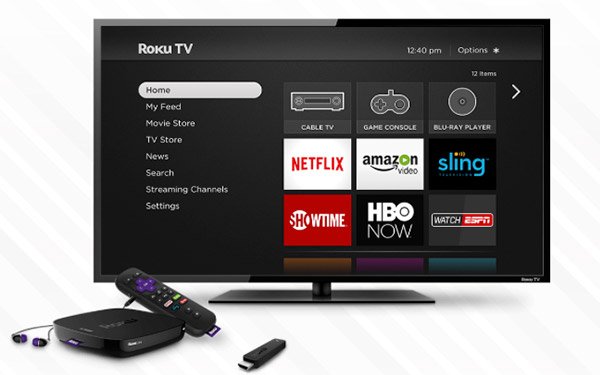 In the battle of the stand-alone streaming media players, Roku remains supreme.

According to research from Parks Associates, 37% of streaming media players in U.S. broadband households are Roku devices. That’s a slight increase from the same period last year, when the device had a 30% penetration, and increases the company’s lead over Google, Amazon and Apple.

The reason for the increase may be simple: distribution and pricing, says Glenn Hower, a senior analyst at Parks Associates. Roku devices are available at Wal-Mart, and are priced affordably at $29.99, compared with Apple TV’s $199 price tag.

“They have a pretty broad retail presence. One of their primary distributors is Wal-Mart, which gives them a lot of exposure, particularly in middle America,” Hower tells Marketing Daily.

Yet, Amazon’s Fire TV is widely available via the online retail giant, and while its installed base increased 8% over the past year (from 16% to 24%), the device still lags behind. The reason: Roku continues to tout its breadth of available content, says Hower. (Among the device makers, Google’s Chromecast has an 18% share of installed base, while Apple TV has a 15% penetration.)

“They boast vocally that they’re the only [platform] that has Netflix, Amazon and Google Play,” he says. At best, other competitors only offer access to two of the three platforms.

Indeed, the biggest threat to Roku’s dominance could be internet-enabled smart TVs, and even that might not matter. While Parks’ research shows 45% of U.S. broadband households own a smart TV (a percentage that will only grow as consumers trade in older sets for newer, internet-enabled ones), Roku has been forward-looking in licensing its platform to the smart TV manufacturers, establishing a foothold going into the future.

“What they could lose in the stand-alone box market, they could make up with smart TVs,” Hower says. “By getting an in-road into the smart TV market, they’ve been able to future-proof their market share.”