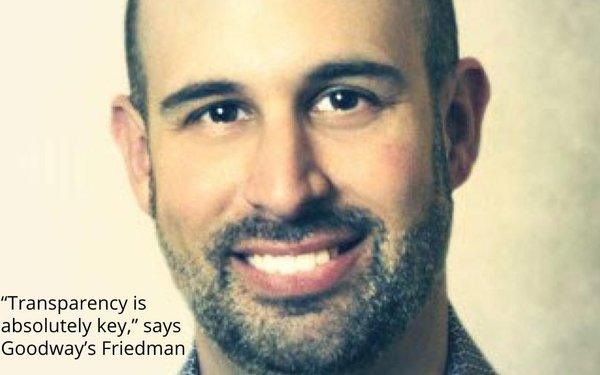 Recognizing that biddable media marketplace dynamics are evolving and that lines between so-called “first-” and “second-price” auction models are blurring, OpenX on Thursday morning is introducing a new product that makes the bidding process explicit and transparent.

The new version of OpenX’s interface enables bidders to choose whether they want to use either the traditional second-price auction method or an explicit first-price auction instead.

The launch comes in the midst of changes in the programmatic media-buying marketplace, leading to what are effectively non-transparent first-price auctions circumventing second-price auction bids.

Those so-called “shadow” first-price auctions were exposed this week as part of an investigation conducted by OpenX and an unnamed demand-side platform in order to shed light on the evolution of the biddable media marketplace.

OpenX says its transparent first-price auction option had been in development coincidentally, but the timing seems ripe for an industry in search of greater media-buying transparency.

“Transparency is absolutely key to the growth of programmatic advertising globally,” states Jay Friedman, COO of demand-side trader Goodway Group, which has been working with OpenX on the development of the new product.

“When it comes to second- or first price auction mechanics, it is critical that we have total transparency into whether our bids will be treated as first or second-price to competitively bid and ensure fairness in the market,” he continues, adding that “other SSPs [supply-side platforms] should embrace similar transparent approaches in short order.”

OpenX says the first-price option has been in development for a year, and follows underlying changes in the programmatic marketplace, especially the widespread adoption of header bidding, as well as the use of “container technology” enabling some exchanges to exploit bid data to tune their algorithms to effectively return a first-price auction win, or at least one closer to that ceiling price.

“The second-price auction has been the underpinning of the programmatic marketplace since inception,” OpenX Chief Revenue Officer and Co-Founder Jason Fairchild noted, adding: “In today’s post-header bidding world, however, buyers and publishers are seeking new and innovative technology to ensure both quality and transparency shape the future of digital advertising.”

Technical details of OpenX’s first-price auction method will be posted on the company’s blog later, but the company said it is based on the industry's Open RTB standards and a collaborative approach between DSPS and SSPs that ensure transparency for advertisers and the best possible yield for publishers and networks. 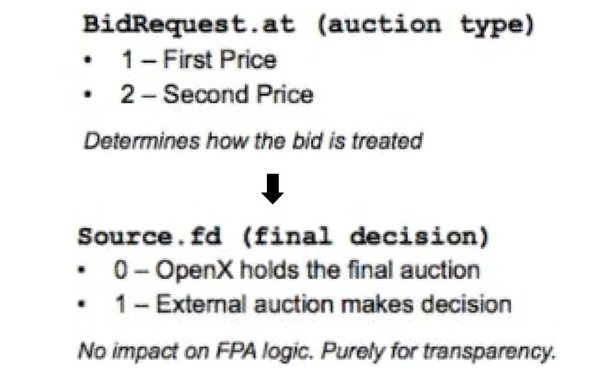