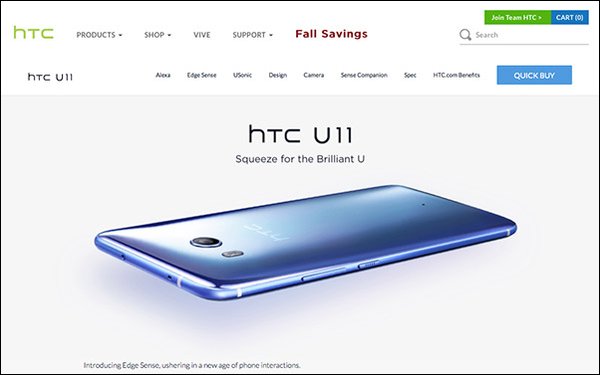 Rumors suggest Google is preparing to purchase or make a sizable investment in HTC Technologies' smartphone division. The two have a long history working together.

Google would gain access to a manufacturing facility and add to its own design expertise. HTC built the first three Android OS smartphones, they manufactured both of Google's Pixel phones. HTC also has experience in virtual reality, although this unit isn't for sale. The deal would likely give Google greater access to its VR experts.

Last week, HTC reported consolidated revenue of NT$3 billion or $99.69 million for August -- down 54.4% from a year ago, and the lowest monthly revenue figures in 13 years.

Speculation around a potential sale of the HTC unit goes back to around 2006, when they created a consumer-facing brand, transitioning from an original design manufacturer branded by other companies, according to IHS analyst Ian Fogg.

Google may be concerned that if HTC ceases to exist, it could put at risk the next smartphone scheduled for release within the month, Fogg said. This also could be a "defensive move" by Google to save a partner in financial trouble, rather than seeing it go to a competitor, he said.

HTC attempted to create brand partnership, including partnering with Facebook on a smartphone and Under Armor on wearables.

HTC -- which is now struggling in the market -- became a niche smartphone maker, shipping just 8.8 million units in 2016, falling to 4.1 million units shipped in the first half of 2017, according to IHS analyst Ian Fogg. "They are now too small to achieve profitability easily," he said.

Google has not had a good run at creating a smartphone division based on an acquisition. The company acquired the Motorola Mobility Group in 2011, but sold it to Lenovo in 2014 for $2.91 billion.

Google, of course, said it does not comment on rumors or speculation.