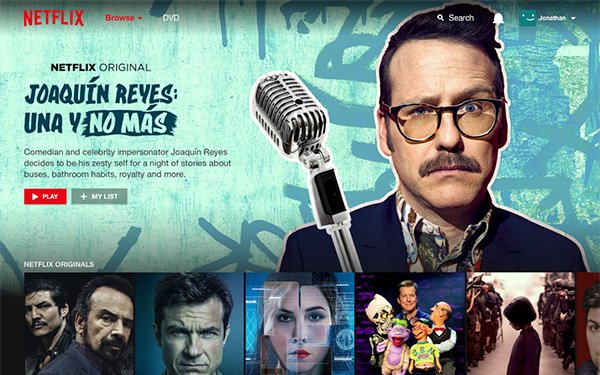 For 2017, Netflix is projected to spend $5.8 billion on TV production -- an amount that rivals traditional TV-movie companies' spending. according to MoffettNathanson Research. Other streaming services are following suit.

For example, Time Warner is estimated to spend $5 billion on TV production this year, followed by Walt Disney at $5.7 billion and Fox with $5.5 billion. NBCUniversal leads all companies with $8.6 billion.

Other premium streaming companies are also raising their production budgets: Amazon is poised to spend $4.5 billion and Hulu will shell out $2.5 million. Newcomer Apple intended to spend $1 billion this year.

In terms of acquired programming, Time Warner and 21st Century Fox have been the greatest contributors to services such as Netflix, Amazon and Hulu -- gaining a 16% and 15% market share, respectively.

As a result of its increasing TV production budget, Netflix's owned in-house productions is just behind Disney-ABC at 6%. Sony Pictures Entertainment has a 5% share, followed by The CW at 4% and Viacom with 3%.

At the prime-time Emmy awards on Sunday night, Hulu became the first streaming service to win an Emmy for a TV series, for “The Handmaid’s Tale.”