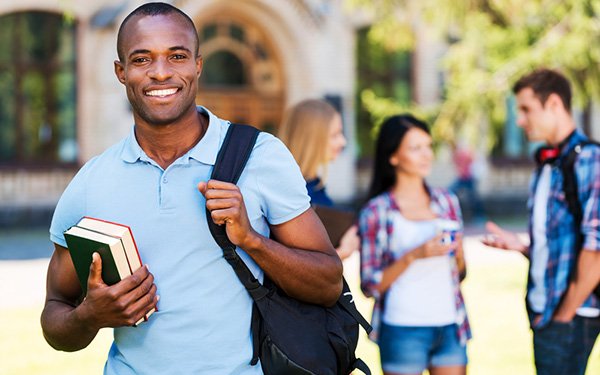 Marketers and ad agencies are facing a recruiting challenge as college graduates are turning away from marketing and advertising to other fields to build their careers, according to the Association of National Advertisers.

A study, “Bridging the Talent Disconnect: Charting the Pathways to Future Growth,” cites “a looming marketing and advertising talent crisis” driven in part by a lack of common vision, vocabulary, and perceived relevance among marketers, young professionals and the colleges and universities where they matriculate. The research, commissioned by the ANA Educational Foundation (AEF) and conducted by market research company GfK, also found the talent disconnect is particularly acute in its lack of diversity.

Students are unclear what defines a career in marketing or advertising and are unsure it constitutes meaningful work. Universities, meanwhile, are racing to develop curricula that reflects current reality, but they remain conflicted by the need to produce graduates with relevant skills and critical thinking capabilities. At the same time, marketers and ad agencies say they are frustrated by trying to understand the student mindset and find many recent graduates unprepared to enter the workplace.

Four key reasons for the disconnect include: digital transformation complicates new marketing and advertising career paths, marketers and agencies now directly compete with technology companies for highly skilled talent, the expectations of today’s crop of young talent differ from previous generations and college, and, finally, university curricula cannot keep pace with the rapid change going on in the industry.

The ANA and AEF are calling on marketers and agencies to partner with educators to inspire and prepare the next generation of marketing and advertising leaders. The movement is dubbed Pathways 2020 and aims to create a wider, more diverse, and better-prepared pool of talent to fuel industry growth. At the same time, it will make the case for what a creative, innovative and rewarding career marketing can be. It includes 1,000 industry campus visits.

Industry group ThinkLA began addressing this problem in 2013 with a program called M-School created at Loyola Marymount University, says Eric Johnson, founder and president of Ignited in El Segundo, Calif. The goal is to transform the way students learn about and are immersed in the world of advertising and branding.

“About five years ago, the people coming to interview didn’t have the skills or we just weren’t always getting the best people,” Johnson recalls. “In the L.A. market, we were all just stealing from each other and promoting people way too fast.”

The program was created to try to better prepare students to hit the ground running after graduation and to expose them to the breadth of opportunities in marketing and advertising, Johnson tells Marketing Daily.

Students get real-world experience, with 8 out of 15 classes being held off campus at workplaces like Facebook, TBWA\Chiat\Day, Ignited, Dollar Shave Club and Google. The program has been an “incredible success” with most of the students staying in advertising post-graduation, he says.

The reason it has become harder to attract bright graduates is multi-layered.

“Twenty years ago, the best and the brightest used to come to advertising because it was the “sexiest business on the planet,” Johnson says. That’s not the case anymore since startups hold more allure and are more lucrative to new graduates.

Starting salaries don’t compare with similar jobs that require strong analytical skills, he says. He attributes at least part of the problem to pricing pressure from clients, which results in less money for agencies to work with.

“When the economy tanked in 2008, all fees got chopped up in bits and pieces and there has been more pricing pressure ever since,” Johnson says. “There is less loyalty by clients to an agency. The agency world never recovered from that and probably never will. Most firms had to cut out a lot of staff in the middle ranks. Now most are high-low staffed, which is not an optimal model.”

Barbara Tejada, owner and recruiter of Mighty Recruiting LLC, said there is a larger variety of companies at career fairs at top universities.

“Top grads are under more pressure to make the most of their expensive degrees and pay off their student loans,” she says. “If they don’t feel there is a lucrative opportunity within advertising/marketing, they will look elsewhere.”

Now, more than ever, companies need to reach out and make strong partnerships with universities, she says.

“This should include several visits throughout the school year, inviting students into their offices and identifying/getting in touch with top grads before graduation,” Tejada tells Marketing Daily. “The industry can’t sit back and wait for the talent to come to them. We need to be very proactive about reaching out and connecting.”

Ad agencies can compete, but the industry needs to do more to promote its work outside of the industry itself. Money is definitely a factor. But the opportunity itself plays a big role as well.

“We need to stop patting ourselves on the back for what we do and let the greater public know about the innovation that is happening within the agencies,” Tejada says.

Many companies have stepped up their recruiting game., she says.

“I’ve been really impressed with what R/GA and Droga5 have done,” Tejada says. “R/GA spends a lot of time on campuses and it shows. The grads know their recruiters. It’s not just a business relationship, they become real friends who stay in touch beyond the interview. I also really liked what Droga5 did last year going into HAATBP [Here Are All The Black People].

“Posting a video of David Droga promising to get back to applicants and then following up on social media with updates on the people they hired at the event. It just gives students hope that their application is actually being seen and a great agency may be interested in them.”