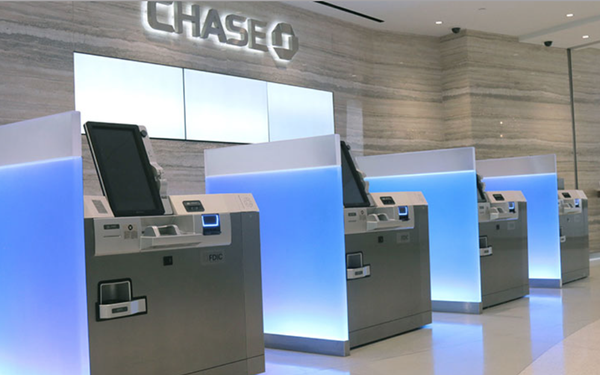 JP Morgan Chase is the most popular bank to switch to and U.S. Bank has the most loyal customers, according to a study of American bank brands from Brand Finance.

Brand Finance conducted research on bank brands in 22 markets to see how customers’ opinions have changed in an era of major disruption to the industry.

The traditional banking model has changed, says David Haigh, CEO of Brand Finance. The prevailing trends suggest fintechs and niche “challenger banks” are biting into big banks’ profits and luring their customers away with better quality service at lower prices, he says.

“Traditional banks tend not to be set up as quick innovators,” Haigh says in a release. “Instead, they compete for customers’ trust and our research indicates which banks are the most trustworthy.”

JP Morgan Chase’s retail unit has managed to stay relatively scandal-free, compared to its investment division counterpart, whose reputation has not recovered since 2008. JP Morgan Chase’s CEO, Jamie Dimon, appointed in 2006, is held largely responsible for steering the bank through the financial crisis and the bank’s assets have risen by more than 100% since his appointment, while earnings have increased threefold.

It is particularly interesting to look at Dimon's impact on customer loyalty and trust. In today’s social media-driven society, controversial statements such as those he has made on bitcoin and President Trump, have led him to “trend” globally, thus helping to bring the brand into the public eye and particularly to the attention of Millennials — who were found to be the most likely age bracket to switch to Chase.

Citi was shown to be the second most popular bank that customers would be willing to switch to. This coincides with the brand’s first major marketing effort since 2014. The “Make It Here” campaign, launched in early 2016, highlighted the smooth integration of Citi banking into everyday life and focused on the consumer’s wants and needs. This shows a clear shift from the brand’s previous marketing focus on functionality, to a more customer-driven effort, helping to increase customer loyalty.

U.S. Bank has the most loyal customers, with 60.2% stating they were very unlikely to switch to competition. This is largely related to the bank’s sales model that encourages branch managers to approach members in the community, predominantly local business owners, with the main aim of developing relationships instead of pushing a hard sale. This innovative approach helped the brand achieve greater loyalty among its customers who feel confident discussing any problems they encounter and are more likely to work with the bank to solve them together, according to the study.

On the other end of the spectrum, Wells Fargo was voted the least trusted bank, with a trust level of only 47.2%, following the catastrophic account opening scandal. The number of unauthorized accounts opened has been estimated at around 3.5 million between 2002 and 2017, and has resulted in over 5,000 job losses. The extent of the scandal is still being investigated as further developments are uncovered.

Brand Finance researched 19,000 people in 22 markets. Respondents were asked to state which bank they were a customer of and whether they were likely to switch to a competing bank brand by selecting Might/Very Likely or Might Not/Very Unlikely. Bank brands with the highest proportion of customers “very likely” to switch are those with the least loyal customers. Whereas, others can boast a loyal customer base if the respondents were, in majority, “very unlikely” to switch.

Respondents were asked separately to state if they considered particular bank brands to be trustworthy. The samples were randomly selected and consisted on average of over 850 respondents representative of each market. The data was gathered with the help of online questionnaires and completed in November 2016, ahead of the release of the Brand Finance Banking 500 in February 2017.