Sears Taps IBM Watson To Predict When Appliances Need Service, Before They Fail 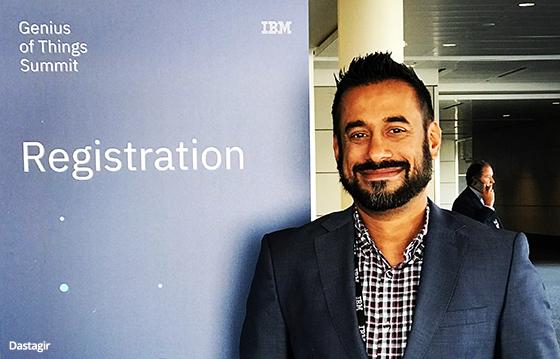 Whether they expect it or not, consumers buying an appliance in the future will be getting a smart one.

And before that appliance fails, they likely will get a call suggesting that a repairman be sent out in advance of the failure.

That pre-failure call is likely to be from Sears Home Services, the number one appliance service company in the U.S.

At the IBM Genius of Things summit in Boston this week, I caught up with Mohammed Dastagir, vice president and CTO of Sears Home Services, to get the rundown on how Sears will be leveraging the artificial intelligence of IBM Watson to make sure those repair calls come in time and that the repairman of the future has the right parts on the truck for each call.

“We are a business that does all the home appliance repair for all the devices we sell out of the Sears stores as well as all appliances sold within the United States,” says Dastagir. “We repair, maintain and provide protection for them.

“We service pretty much all the major brands, like Whirlpool, Maytag, Samsung, etc. We also have a large portfolio business where we sell parts directly to consumers

Basically, if an appliance was, say, a Samsung and under warranty with them, Sears would likely be called to make the repair, and that’s the challenging part.

“The service industry has not been facing this level of disruption since its inception,” says Dastagir.

“Essentially, we call ourselves an event-orchestrated business, which means something in your home has to fail to trigger an event. And when you call us, you’re already calling from a point of emotional distress, because it’s causing you that level of disruption.

“In our business, you still need that guy who shows up with a wrench and a screwdriver, hopefully on time, in the window that we’ve given you, between 2 and 5, and fix it the first time and hopefully, if a part is needed, that part is on the truck. Those variables are a constant for us.

“The disruption we’re facing today and why IoT matters to us, is the unprecedented level of connected devices that are now entering the home. That requires our technicians not to be only the guy with the screwdriver and wrench, but also the guy who is going to be able to plug into your device and run a diagnosis, a guy who can deploy a software patch, a guy who can read an error code and make some sense out of it.”

The entire process of consumers purchasing an appliance and crossing their fingers that it lasts for a large number of years before having to buy a replacement are fading. Smart, Internet-connected  appliances change the entire model.

“The table stakes soon are going to be, when customers buy smart appliances, they don’t want you to come and fix it after the event has occurred,” says Dastagir. “They will expect you to know about it before that event occurs, because they are not going to accept that you’re going to sit back and let that level of disruption happen in their lives.

“If you have little children, and a washer and dryer that has gone out of commission, you’re not going to expect that it takes five days before somebody comes out to fix it, or even three, for that matter. You’re going to say ‘I have a smart washer for a reason. Why didn’t you know about it? Why didn’t you now that something catastrophic was going to happen?’”

“There is going to be a learning curve, from a consumer’s standpoint, where a consumer will have to reconcile the fact that there is someone now almost managing your appliance for you.

“In the future, it’s going to be more that when you buy an appliance, you’re going to expect that somebody is going to manage it for you, remotely. The appliance is basically going to tell us, ‘I’m failing here.’”

Dastagir sees a significant role for marketing in the road ahead.

“You don’t go looking for a smart TV now, you expect your TV to be smart. As those things become main stream, people will have a lot more different expectations, and marketing will do their part in trying to make it main stream. That consumerizing of smart capabilities will just become table stakes.”

Sears Home Services handles about 20,000 jobs a day and, with millions of parts available, is challenged with having the right part on the right truck at the right time, which is where Watson comes in.

The idea is that predictive maintenance can be used so that some fixes can be done over the phone and others by matching the likely needed parts and getting them onto a truck in advance of a service call. In many case, the smart appliance will self-diagnose and predict a failure in advance.

“The device will trigger a chain of events for us,” says Dastagir, who notes that, at least in the short term, sensors can be placed on non-smart devices.

“As long as there are nuts and bolts and gears, you’ll always need that guy with the screwdriver and a wrench. The question is how informed is he going to be when he walks into your door and has in his arsenal the right parts to fix it the first time.”