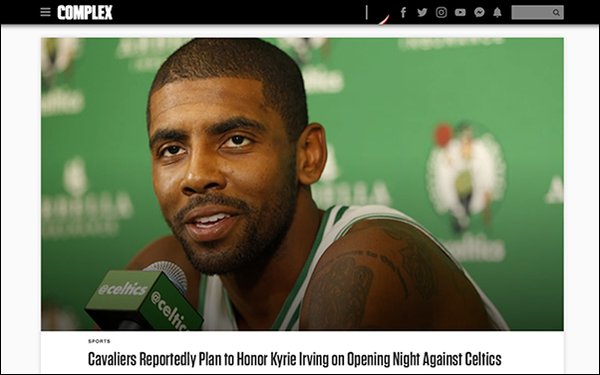 Another publisher is doubling down on its pivot to video.

Complex, which stopped printing its magazine this year to go digital-only, has laid off a “handful” of employees to focus on producing more video content. About 10% of Complex’s staff was let go, hitting the magazine’s art, marketing and sales departments, as well as some editorial staff.

Complex told Recode, which first reported the news, that it has launched more than 30 video series and is staffing up its video team.
“Since embarking on a rapid expansion into video this past year, we’ve had success in both premium content and across our networks,” Complex stated. Complex Networks made changes to ensure "we remain efficient, nimble and focused on areas that will deliver on our vision.”
Complex's transition from focusing on its digital magazine to a video-first approach has been in the works for a while. The magazine, which attracts a young male audience and employs about 400 people, was bought by Verizon and Hearst in a co-ownership deal last April for about $250 million.
At the time, Neeraj Khemlani, co-president of Hearst Entertainment & Syndication, told The Wall Street Journal that Verizon and Hearst “have been trying to put together a strong portfolio of digital video brands for millennials.”
The company told Billboard  its “long-term plan” is to become “a leader in digital video entertainment.”
Pubs such as Mic and Mashable have also gone through recent rounds of layoffs as they pivot to video. Publishers hope to attract more advertising dollars and eyeballs by investing in the medium.