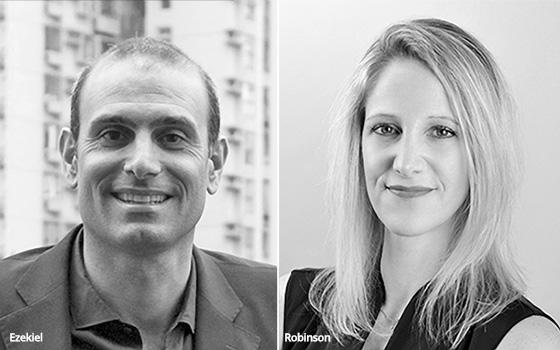 These executive roles represent a new approach to the agency's national and international leadership structure, which also follows the departure of president, North America Doug Ryan, who is leaving the agency after seven years.

Laurent Ezekiel is named president, North America and International, expanding his responsibilities from the New York-Atlanta-Nashville region to include international markets, with a focus on multinational client opportunities. The New York-based executive has been with DigitasLBi for 14 years, overseeing the relationships for many of the agency’s global clients.

Jodi Robinson is elevated to president, North America, expanding her oversight from Boston and Detroit to include leadership for Chicago and San Francisco. She will also lead the charge to deliver a "holistic agency offering" across the Groupe's clients.

The 18-year DigitasLBi veteran has led agency relationships across consumer packaged goods, automotive, retail, and financial services industries. She will remain at the agency's Boston location.

Ezekiel and Robinson will both report to Kahn, who recently replaced Nigel Vaz as Publicis Groupe rejiggered its organization. As part of that reshuffling, DigitasLBi is now part of the Publicis Media group.