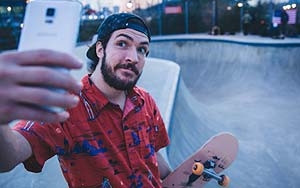 Influencers don’t want to “sell out,” and 64% of those surveyed said they wouldn’t promote a brand they didn’t believe in, even if it came with a big paycheck.

That’s according to the second “Influencer Marketing: State of the Union” report from #Hashoff, a influencer discovery and content marketing platform.

#Hashoff surveyed hundreds of vetted influencers on its platform. The report dives into what influencers are thinking, how they maintain their authenticity and ultimately deliver premium content on behalf of brands that drives ROI.

In an era where bots and fake followers are driving up follower counts, reliable metrics are key for both influencers and brands. Influencers encourage brands to look at ROI metrics beyond likes and follower counts, instead prizing engagement rates, clicks and even sales generated through influencer posts.

White-listing is on the rise. The majority of influencers surveyed said they now work with a few brands on an ongoing basis, and a full 21% say they are now part of a whitelisted network with a brand or publisher.

One key finding examined the role of social media as used by influencers. YouTube may start to give Facebook a run for its money. This year, only 3% of influencers said YouTube is their #1 platform, but for 2018, four times that predict it will be their platform of choice.

Being an influencer is becoming a full-time job. Just six months ago, only 12% of respondents said being an influencer was their only form of employment. Now, that number has more than doubled, to 28%, and the majority (54%) say that, while they aren’t yet able to support themselves, that is their goal.

Two main business models are most prevalent among influencers. The vast majority (80%) either charge a flat fee per post (40%) or post in exchange for free product (40%).

Overall, there is little consistency in how influencer fees are developed -- 35% have a model that takes into account reach and engagement rates, 18% ask their peers and 22% rely on the brandsthemselves to suggest a price.