Feigenson, who was most recently the Chief Revenue Officer at Nielsen Catalina Solutions, previously ran Nielsen Digital and helped transform it from a panel-based research business to a real-time data and analytics company. That included the launch of Nielsen’s digital ad ratings, as well as the acquisitions of Vizu and eXelate.

Originally one of the key multimedia planning tools utilized by ad agencies to plan and buy media, especially magazines, Simmons lost the battle for that market’s dominance to Mediamark Research Inc. (now part of GfK). Since then, it has gone through a series of repositionings and ownerships.

It was acquired by private-equity firm Symphony Technology Group in late 2015, after 11 years under the umbrella of Experian Consumer Research. Simmons now operates as an independent company. 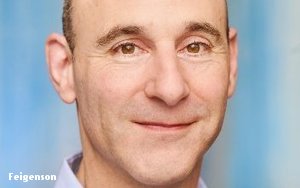