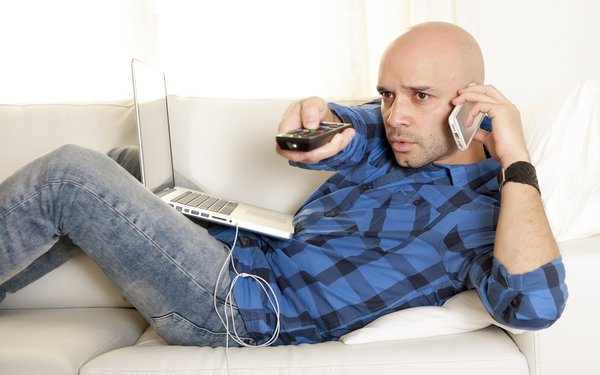 More multitasking in front of big TV screens will occur this year among U.S. adult viewers, but much of it will be unrelated to TV shows they are watching.

The data from eMarketer says these are viewers 18+ who use a desktop/laptop or mobile device to access online content while watching traditional TV content on a TV set at least once per month.

A total of 162.6 million people will use smartphones as a second-screen device while watching TV in 2017, the research says. Some 110.5 million are using desktops/
laptops.