Has Madison Avenue's Gender Diversity Become A Little Too Diverse? 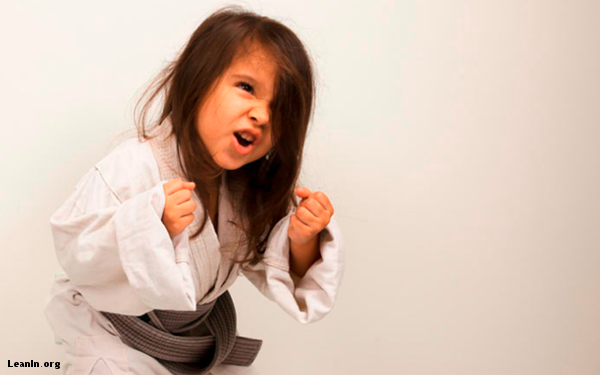 The good news is that the ad industry is making strides in gender diversity. The bad news is that it has spawned so many concurrent efforts that the movement may have become a little too diversified.

Take one -- The 3% Conference. When it was created in 2010, its mission was to grow the percentage of U.S. creative directors from an estimated 3% to a more gender-equitable 50%. Seven years later, the industry estimates that 29% of creative directors now are women.

While strides still need to be made, there is some concern that the gender diversity movement has become a little too strident, at least in terms of the number and diversity of competing organizations, initiatives, voices and messages competing for attention in the marketplace.

There is Madonna Badger, whose #WomenNotObjects campaign seeks to generate awareness to stop sexist creative images.

And then there is industry advocate Cindy Gallop, who is encouraging women to start their own agencies.

And The Geena Davis Institute on Gender in Media, which is tracking the representation of women on- and offscreen.

Most recently, the Association of National Advertisers (ANA) has brought its own diversity push to the marketplace with the #SeeHer initiative.

There have been incremental changes credited to these programs. Since its founding in June 2016, #SeeHer has united the marketing industry under one banner bringing the power and reach of more than 40,000 U.S. marketers and 15,000 brands.

Last month, the group -- which includes ANA's subcommittee, TFQ, and the Alliance for Family Entertainment (AFE) -- announced a new advisory board consisting of leaders like Katie Couric and Women's National Basketball Association President Lisa Borders to help further its goal of achieving a 20% rise in accurate portrayals of women and girls in advertising and media by 2020.

Getty's Lean In collection, developed with Facebook CEO Sheryl Sandberg’s LeanIn.org, now features thousands of creative images devoted to the powerful depiction of women and girls, families of all kinds, and men as caretakers as well as earners.

And Geena Davis' organization has increased its analytical capabilities to now be able to not only analyze prominent speaking roles on screen, but to scrutinize the gender mix between male and female background actors.

While all worthwhile -- and most are banging the drum from slightly different corners -- there is a growing concern that this movement is becoming muddled by too many competing campaigns?

After all, the image most often chosen by the media and marketers for the term “woman” in 2017, according to Getty, per the UK's The Guardian, is still of a fully clothed, skinny young white woman hiking alongside a lake.

"There is a fair amount of noise," says Kat Gordon, founder of the 3% Movement, which started in 2010. "This splintering is confusing."

Many female leaders believe this collective movement would be more "successful if we jointly linked arms," they say. Only large international conglomerates like Unilever have the scale to make any impact on their own, and even then, they are limited to their own culture and buyers. Everyone concedes that each good-intentioned company has created a "cluttered and confusing" gender equality mission. It forces many to prioritize the importance of corporate gender diversity, respectful advertising images, and sexual harassment.

The most obvious solution for those seeking to make an impact is to partner with mature women's organizations to expand their respective message. The business-oriented 3% Conference, for instance, recently partnered with nine-year-old film festival Athena Advertising to recognize female filmmakers since they bring expertise and connections within the film industry that we don't have and we provide them with a more corporate viewpoint, says Gordon. This, in turn, expands the awareness and breadth of both of their overall abilities.

At the very least, it is too late to launch a new project, either internally or externally, female leaders advise. There are more than enough niche-specific groups already established. If you want to do something about motherhood, seek out who is doing the best motherhood project and go work with them, says Gordon. "Pick one thing to solve."

A few women leaders, however, caution that they experienced internal battles for control while working alongside other like-minded groups. Few can place their egos aside despite a shared vision. They mention fights over credit and which name can be listed first. This field is "competitive," says Gordon.

A growing number of advocacy leaders are also questioning the intentions behind these corporate announcements. Are they merely seeking to change their culture or receive a pat on the back for saying they are making a step in the right direction?

Cindy Gallop quotes DDB ad legend Bill Bernbach by saying: "A principle isn't a principle until it costs you money." She points out that many agencies and brands -- including well-funded tech companies -- reach out to her to speak on diversity, then say they can't or won't pay her speaking fee.

Very few agencies and brands are reaching out to her to consult for them on how to make their business gender-equal, diverse and inclusive, she says. And of the very small number that do, they are then not willing to pay her consultancy fees. "What all of this means is that they don't care about diversity and are not genuinely committed to making it happen," she says.

Several believe these competing missions are hindered by financial reasons. In addition to not wanting to pay consulting fees like Gallop's, there are limited dollars chasing after too many eager recipients. No women's group wants to stop his or her own mission, even for the betterment of a larger goal.

There is also a broader challenge of breaking outside of the industry bubble. Few -- if any -- of these movements have reached any awareness beyond the walls of the advertising world. It is odd that we as advertisers don't know how to commercialize this movement, says one female executive. Even then, there is a big difference between making a statement and achieving social media chatter.

Fearless Girl continues to receive award after award touting its success as a campaign, but only a handful of people out of hundreds queried by MediaPost can name financial institution State Street as the advertiser.

Ultimately, those involved with this mission agree on one thing: While it seems there are many competing female and diversity organizations, there can never be too many efforts to fix a problem in the industry. There is no easy fix or one solution. Until the ratio is 50/50 at all levels, you will continue to see companies, and women gathering to try to make progress against the changing ratio, says one female executive. All these efforts are moving the needle. So in their view, there needs to be not less organization, but MORE.