Local Broadcast 'Interface' Initiative Is Like Deja Vu All Over Again

There's something ironic about a plan being announced this morning by a consortium of local TV broadcasters to develop a standard interface to accelerate electronic trading with advertisers and agencies. The irony is that electronic media trading began with local broadcasters and it is now coming full circle.

Remember “electronic data interchange”? No? How about “eBiz"? Not that either? Well, those were the ad industry’s earliest attempts to trade media electronically -- beginning with avail requests and then on through invoices, verification and payments and posting.

Of course, some of these processes have already gone digital, especially the back-end parts powered by the likes of Mediaocean.

For those who don't recall, it was in the late '90s, up through the dot-com crash of 2000, when much of the attention in electronic trading was on traditional media, especially broadcast -- not digital.

Following the dot-com crash, many of those traditional media trading initiatives floundered or went dormant, but digital marched along, especially Google’s structuring of the paid search marketplace via AdWords, and ultimately the emergence of a biddable digital display advertising marketplace.

A couple of decades later, broadcasters are back at it.  The consortium announced this morning the TIP Initiative. (TIP is an acronym that stands for TV Interface Practices.)

The group, including Nexstar Media, Sinclair Broadcast, TEGNA and Tribune Media,  says the renewed effort recognizes that “local TV industry has struggled with the manual nature of the advertising buying and selling process for many years.”

Given the speed with which the industry has embraced electronic trading its first couple of decades, I’d say the struggle will continue for many more years, except I happen to know about some other concurrent efforts.

Also, there's the fact that if local broadcast media cannot adopt to electronic trading, it will become increasingly irrelevant. More on that another time.

In the meantime, TIP’s organizers say they are building their protocol around the following principles:

To access more information about the effort, check out the portal being hosted by the Television Bureau of Advertising at www.tvb.org/TIP. 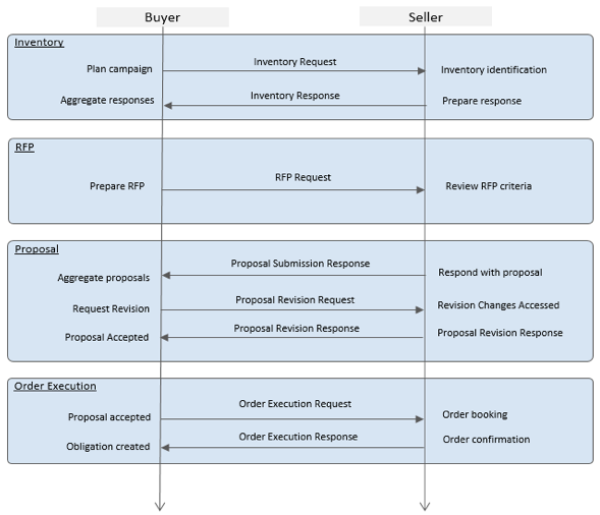 broadcasting, digital, tv
4 comments about "Local Broadcast 'Interface' Initiative Is Like Deja Vu All Over Again".
Check to receive email when comments are posted.
Read more comments >
Next story loading