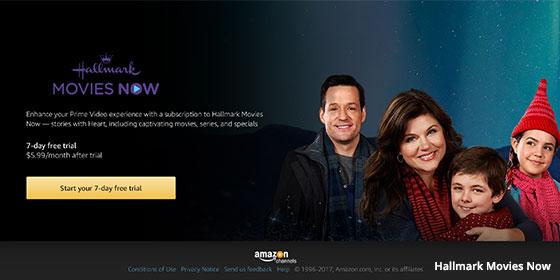 If you subscribe to an over-the-top “skinny bundle” in the near future, or if you check out Amazon Channels, which offers independent streaming services for Amazon Prime members, you might see a familiar logo or two.

Hallmark Channel, whose family-friendly films have been a well, hallmark of the holiday season, is launching its own OTT service through Amazon Channels, giving subscribers on-demand access to its vast movie library.

Discovery Communications, in announcing new leadership for its Animal Planet brand earlier this month, said in the announcement that the brand’s new global president, Susanna Dinnage, would be tasked with “pursuing opportunities for market-specific direct-to-consumer products for animal lovers.”

Discovery already offers a streaming service based on its “Say Yes” wedding franchises.

Whether enough customers are there to support these niche streaming services is another story.

For magazine companies that are not known for their premium video content, that challenge is likely magnified. No matter how strong a media brand is, in order to go OTT, the value proposition needs to be apparent. Less, it seems, may be more.

“Our plan is to price it substantially below where Netflix is,” Disney CEO Bob Iger told analysts on the company’s last quarterly earnings call, noting that while the library would be strong in terms of quality, it would still be small compared to Netflix.

Disney’s strategy highlights the risk these legacy media brands face. While many media brands are strong, consumers so far seem to appreciate the value of services with large libraries like Netflix.

If Hulu and Netflix subscriptions start at $7.99 per month, and both rotate in dozens of new programs each month to add to their sizable libraries, then what is the right price for a niche service from a single brand?

It’s a question many media companies are probably asking themselves as they plan product roadmaps laden with OTT offerings.