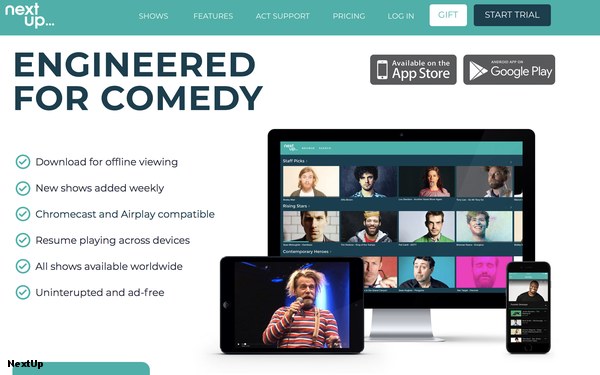 NextUp will be available to Amazon Prime members for $3.50 per month, and will offer a free trial. It first launched in the U.K. at the end of 2016, and raised a new round of funding this past summer.

NextUp has just over 40 original shows, and adds a new stand-up comedy special each week.

Amazon Channels, meanwhile, already has two U.K.-centric channels in BritBox and Acorn TV, and a number of channels focused on comedy.

BritBox is owned by the BBC and ITV, and features a wide range of U.K. programming from those respective networks. Acorn features mysteries, dramas and comedies. Amazon Channels also has a stand-up comedy channel from U.S. cable channel Comedy Central.