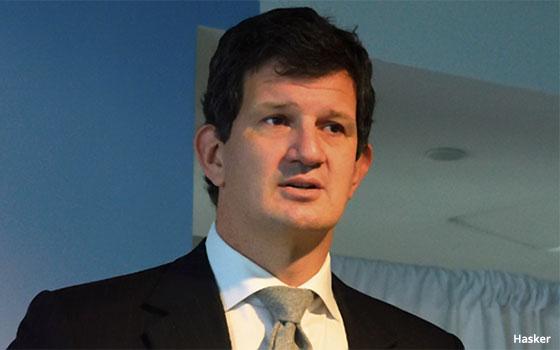 Steve Hasker, a former McKinsey management consultant who has been a chief architect of restructuring Nielsen over the past several years, has stepped down as global president and COO of the world’s biggest media and marketing research company to become CEO of a new global unit of Hollywood talent agency Creative Artists Agency (CAA).

Nielsen has not announced a succession plan for Hasker, who joined from McKinsey & Co. in 2009 and helped expand Nielsen into a variety of data-sharing alliances with big digital media platforms such as Facebook and Google.

Hasker is the most recent of several high-profile executives to depart Nielsen, including Mark Zagorski, former CEO of eXelate and head of the Nielsen Marketing Cloud business who left to become CEO of ad tech firm Telaria; Andrew Feigenson, former Chief Revenue Officer for Nielsen Catalina Solutions, who left to become CEO of Simmons; and CTO James Powell who took a position with Warburg Pincus.

“We are mixed on the executive departures,” BMO Capital Markets analyst Daniel Salmon wrote in a note sent to investors this morning. “On one hand, we take some caution in seeing several high ranking executives leave. On the other hand, most have left for CEO positions, which speaks to the depth of Nielsen’s executive team. Hasker’s role is not expected to be filled, and his operational responsibilities had been transitioning for several years.”

Salmon went on to note that Megan Clarken has been leading Nielsen’s Watch operations “for some time,” and Andrew Somosi “has taken on a key leadership role” in Nielsen’s Buy division.