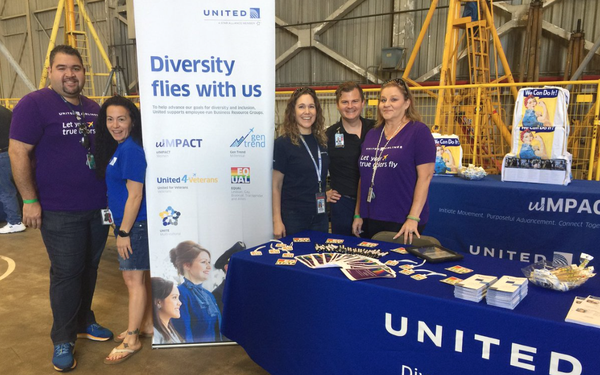 When travel brands and tourism boards embrace LGBTQ consumers, they pay attention, according to a survey conducted by Grindr’s Into.

Six in ten (61%) said that when choosing a destination, airline or lodging, its reputation as gay-friendly is somewhat or very important.

“As an incredibly connected and culturally-in-tune community, LGBTQ consumers are uniquely open to new vacation and travel experiences,” said Michele Tobin, vice president of brand partnerships, Into andGrindr, in a release. “The survey reinforces the idea that our users are thirsty for opportunities to further engage with brands all over the world.”

Travel, retail, and hospitality brands that have yet to establish a rapport with the LGBTQ community should take quick steps to diversify their marketing and advertising to connect with this powerful group of consumers which views travel as a consistent part of their daily lives, Tobin says.

Representing a significant portion of the world’s population, LGBTQ individuals command total spending power of more than $5 trillion worldwide annually, and account for approximately $100 billion in domestic travel spend per year. In partnership with Grindr, Into collected survey data from more than 6,400 U.S. respondents. The report examines this community’s penchant for traveling and the desired activities associated with both domestic and international travel.

Into Travel is the first in a monthly series utilizing first-party survey data to uncover key advertiser engagement opportunities with the LGBTQ community.

Those surveyed are clearly well-connected to all things digital. The survey found that more than half (52%) prefer using mobile apps to guide them while on vacation and 51% use travel site apps to book their travel. Another 30% said they book flights and a hotel together on the same site and 34% book through their preferred airline’s website.

When it comes to making plans and the frequency of their travel, 40% of Grindr users surveyed said they travel for fun each quarter, while another 24% travel for fun each month. And, efforts to arrange these trips often start as far out as six months with more than one-third (35%) of those surveyed stating they begin planning their trip three to six months in advance; nearly four in ten (39%) begin planning their trip one to three months in advance.

Brands that are in the cruise industry should pay attention: more than three-quarters (76%) of those surveyed say they are “obsessed with” or “can’t wait to take a cruise.”

When not cruising the high seas, those surveyed also take advantage of several types of lodging options on land: 71% said they have stayed in a big-name hotel and 26% have stayed in a boutique hotel in the past year. More than half (52%) said they want a hotel that’s in the center of action and nightlife, while six in ten (61%) want something simple and not too pricey. Impressively, 19% say they prefer ultra-luxe lodging options while traveling.